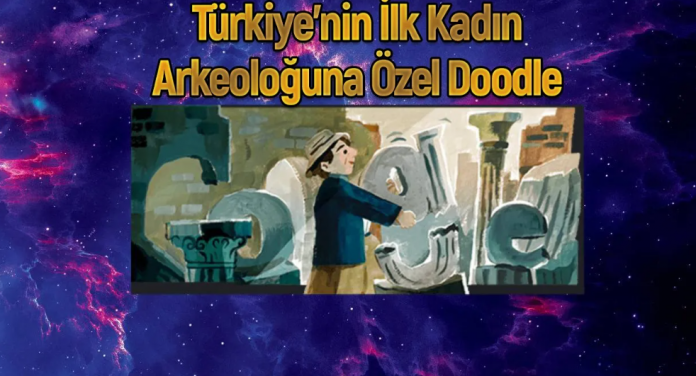 Google, which allows us to remember important situations for all mankind, such as important events, artists and holidays, with the help of a doodle since 1998, has prepared a special doodle for Jale Inan, who this time is the first female archaeologist in Turkey. .

A special doodle for Jailbreak from Google

Google honored the memory of Turkey’s first female archaeologist, Jale Inan, who died on February 27, 2001, with a special doodle. He has made efforts to identify the ancient cities of Perge and Side through planned excavations that have been underway for many years; Inan, who pioneered the creation of museums in Antalya and Side to showcase artifacts, is one of the sculptures in doodle design.

Who is Jale Inan?

She is Turkey’s first female archaeologist. He made efforts to identify the ancient cities of Perge and Side with the help of planned excavations that have been underway for many years; He ensured the creation of museums in Antalya and Side to showcase the discovered artifacts. In addition to the planned excavations, various rescue excavations were carried out against the smuggling of historical artifacts.

She is the daughter of Aziz Ogan, one of the first archaeologists of Turkey, and the wife of Mustafa Inan, one of the leading scientists of that time.

He was born in 1914 in Istanbul. His father is museum curator and archaeologist Aziz Ogan, and his mother is Mesture Khanim. She graduated from high school at Erenkei Girls’ High School. He became acquainted with archaeology at a young age, participating in his father’s professional trips.

After receiving a scholarship from the Alexander von Humboldt Foundation, in 1934 he went to Germany to study archaeology. A year later, he won the state scholarship of the Republic of Turkey. In the period from 1935 to 1943, he completed bachelor’s and doctoral studies in classical archaeology at the universities of Berlin and Munich. In 1943, Prof. Dr. He defended Rodenwalt’s doctoral thesis entitled “Kunstgeschichtliche Untersuchung der Opferhandlung auf römischen Münzen” and returned to Turkey.

Professor of the Department of Antiquity, Faculty of Literature, Istanbul University. Dr. Appointed assistant to Clemens Emn Bosch, Jale Inan married Mustafa Inan, whom she met in high school, in 1944. The following year, their only child, Hussein, was born.

He participated in the creation of the Department of Classical Archaeology of Istanbul University in 1946 and was the first assistant of this department, Prof. Dr. He began working as an assistant to Arif Mufid Mansel. In the same year, together with Arif Mufid Mansel, he began excavations of the ancient city of Side in Antalya on behalf of the Turkish Historical Society, and the following year — excavations of the ancient city of Perge. He became an associate professor in 1953 and a professor in 1963.

After Mansel, he supervised the excavations of Side from 1974 to 1980 and Perge from 1975 to 1987. During the excavations, he worked on the transformation of the Side Roman Bath into the Side Museum. He became head of the Department of Classical Archaeology in 1975 and remained in this position until his retirement in 1983.

He gave very important works on the art of sculpting of the ancient period. The books he published became one of the most important reference books on the portraiture of Anatolia of the Roman and early Byzantine periods. In 1991, he worked on the excavations and repairs of the Temple of Apollo in Side; He conducted the excavations of the Perge Theater in 1992-1993. In 1995, he became an honorary member of the Turkish Academy of Sciences.

He spent the last years of his life struggling with Parkinson’s disease. He died in 2001. He was buried at the Zinjirlikuyu Cemetery.

This Firm Rejected ETF From SEC Is Launching Funds With These...