Home Entertainment A space tenderloin! Guardians of the Galaxy will also include Cosmo ‘The...

Here comes Marvel’s Guardians of the Galaxy, a game developed by Eidos Montreal and published by Square Enix that will be released on October 26 on PlayStation 5, PlayStation 4, Xbox One, Xbox Series X, Series S, Nintendo Switch, and PC.

We have already told you about how the game mechanics of this title are, also about the narrative aspects that accompany it. By now with the previews and reveals, maybe you’ve seen what it takes to decide whether to buy the game or not.

Well, there is still one more appearance for Marvel’s Guardians of The Galaxy that might interest you if you are a fan of the comics. What is it about? Well, this addition to the game is nothing more and nothing less than Cosmo ‘The Space Dog‘.

In this scene we see how Cosmo interacts with the Guardians of the Galaxy, the point is that we don’t know how the team ‘commanded’ by Peter Quill got to this place or what is the reason for being there. Will they come to some kind of agreement or will this dog and Rocket look ugly for a long time? We will see that until the title goes on sale. 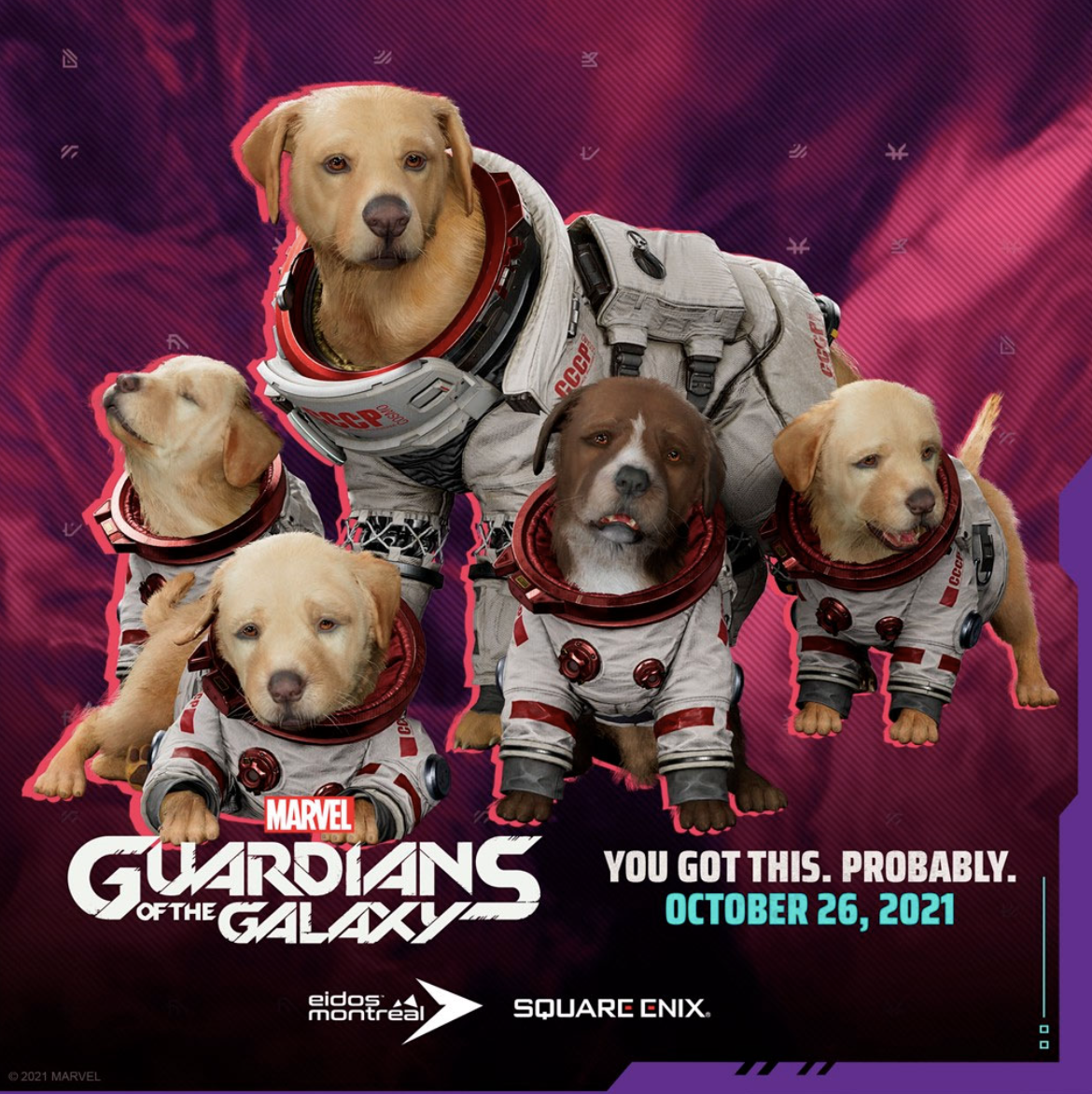 It is worth emphasizing that this character has not only appeared in the trailer for this Eidos Montreal game, he is also in comics, the James Gunn movie and, if that was not enough, we also saw him in the What If…? from Disney Plus.

Who is Cosmo ‘The Space Dog’ in Marvel’s Guardians of the Galaxy?

In Marvel’s Guardians of The Galaxy, Cosmo is a former Soviet space dog who currently serves as Knowhere’s Chief of Security and is the father of a litter of Russian space pups, a detail that can be seen in the trailer.

Using a combination of psionic and telepathic abilities that allow him to communicate with humans, raccoons, and trees, Cosmo will be an invaluable ally to this iconic team throughout their journeys to the deepest and darkest corners of space.

The first time Cosmo appeared in the comics was on January 8, 2008 in Nova Vol 4 # 8. In the pages of Marvel, he is one more member of the Guardians of the Galaxy and has powers that can stop a team of super humans and also face Adam Warlock.

Monster Hunter Rise: Sunbreak — how to Get a Torpor Sac