Home Entertainment A song from the Nissan Kicks 2021 commercial 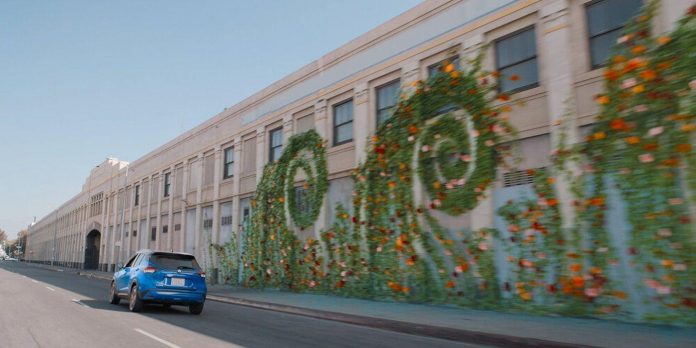 Here is the name of a memorable song that sounds in the advertisement for Nissan Kicks 2021. The Nissan Kicks is a subcompact SUV that has been on sale in North America since mid—2018 and is a popular choice for drivers who need a stylish and affordable urban subcompact. In 2021, Nissan Kicks underwent a facelift, as a result of which all models were equipped with Apple CarPlay and Android Auto as standard, and buyers were offered the opportunity to switch to the Bose Personal Plus audio system with eight speakers, two of which are conveniently located in the driver’s headrest. .

Naturally, the car needs attractive advertising to promote its new look, so Nissan teamed up with the creative agency TBWAChiatDay to make a promotional video for Nissan Kicks 2021. The ad, dubbed “Limitless Possibilities,” tells of two women driving around downtown Los Angeles in their Nissan Kicks cars, making full use of their car’s infotainment systems, choosing a song through Apple CarPlay and turning it on through trendy Bose speakers. While they are driving, the city streets are pulsating, and everyone, from passers-by to a little red man with the inscription “Don’t go” at the traffic light, can’t help but move in time.

The commercial song Nissan Kicks actually flashes in Apple CarPlay during advertising, but for those who missed it, the track is called “Fabulous”, and it is written by an artist known as C.U.T. There is not much information about C.U.T. but they are apparently represented by London-based record label Lemon Wax. Their artist profile on Spotify shows that “Fabulous” has been listened to almost a million times through the audio streaming service, and they have released an EP. in 2019, under the title I Talk The Talk.

The Nissan Kicks commercial is very musical, so it is quite consistent with the fact that the commercial was made with the help of two major talents in the field of music videos — director Calmatic and cameraman Scott Cunningham, who both received MTV Video Music Awards for their work. Cunningham was the cinematographer of music videos, including Kendrick Lamar’s “Humble” and Ariana Grande’s “God Is A Woman”, and Calmatic (whose real name is Charles Kidd II) is the man who shot Lil Nas X’s famous “Old Town Road” video. If the name Kalmatik sounds familiar, it’s because he moved on to directing feature films and directs two rather high—profile remakes of films – “House Party” and “White People Don’t Know How to Jump.”

Calmatic is not the only famous name associated with the Nissan Kicks advertisement, as one of the female drivers in the advertisement is played by a Dominican actress named Sonali Castillo. She is probably best known for playing Essa Khan in The CW’s fantasy adventure series The Outpost, but she has also had one-off roles in series such as NCIS: Los Angeles and Girl Meets World.