Home Entertainment A Skyrim fan drew an impressive map with a pen and colored... 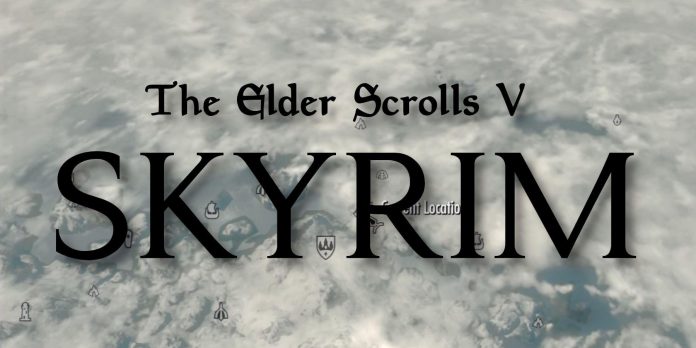 The Elder Scrolls 5: Skyrim has enjoyed continued popularity since its release in 2011. Being one of the most exciting open-world games, it attracts fans with its impressive graphics, stunning views from the tops of mountains and vast expanses. the landscape is ripe for exploration. Besides being a very enjoyable role-playing game, it inspired people to reveal their artistic skills, and this person recreated a very important aspect of the game.

Reddit user seuqaj114 posted a drawing that, according to him, was drawn by his girlfriend. The image shows a map of Skyrim drawn with a pen and several colored pencils. The end result is a rather incredible, but absolutely accurate piece of art that encapsulates the world in which the game takes place. They even drew all the symbols representing cities, including the compass, and they outlined regions that exist outside of this Elder Scrolls game, such as the Morrowind and Cyrodiil areas.

Maps in The Elder Scrolls games are an important part of the study, and also contribute to knowledge. Observing the entire continent of Tamriel allows you to look at the issues in some perspective, showing where each story takes place in the main parts, and also gives some sense of scale. The fact that fans are so interested in redrawing them shows that this is more than just a way to help players travel the world. They are a distinctive element of the entire series, as well as pleasing to many eyes. The level of detail of this particular Skyrim map as a whole is really impressive.

There were so many players who were inspired to create fan art based on Skyrim and other franchise games. From cosplay costumes to wood burning and watercolor drawings, there are obviously more ways to show love for games than just playing them, and it will be interesting to see what other works of art will be shown next.

There are a lot of lore in The Elder Scrolls series, which is partly why the games are so highly regarded. The story, characters and locations in which all parts take place contribute to the fact that the epic Bethesda role-playing franchise is one of the most beloved in the genre. Now that TES6 is in development, fans will undoubtedly be curious to see what the studio will do next.

The Best British Movies You can Buy on Amazon