Home Entertainment A Skyrim fan baked sweet buns that look like they belong in... 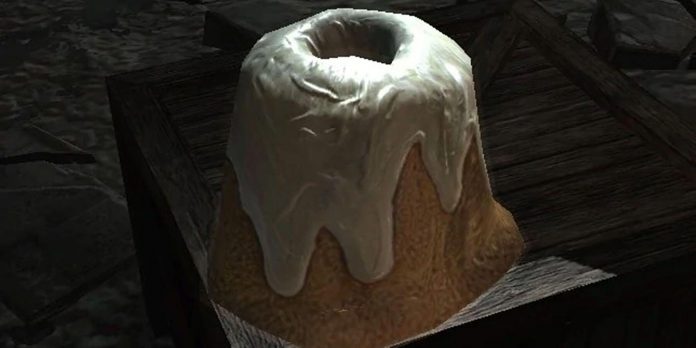 Another fan of The Elder Scrolls 5: Skyrim has made an attempt to recreate the iconic buns from the game in real life. Being one of the most famous dishes from video games and probably one of the most deliciously looking in the gaming community, it’s not surprising that a Skyrim fan tried his hand at cooking popular role-playing game rolls.

It seems that this creation is one of the last attempts of the community to recreate Skyrim Sweet Rolls in the real world. The community of role-playing fighters always seems to like a variety of content that refers to a sweet dish, whether it’s an attempt at baking or gameplay clips in which the player’s dragon-born character uses a sweet roll. However, this probably won’t be the last time video game fans will try baking sweet rolls in their real kitchens.

In the Reddit thread, user FGannan posted a single photo of his adorable-looking Skyrim Sweet Rolls. According to their signature, this is their first attempt to bake confectionery, and for this they used instructions from the official Elder Scrolls cookbook. The attempt seems to have been very successful: the bakers’ version of Skyrim Sweet Rolls looked as if they belonged to the high-resolution version of the game. The buns even have the iconic white glaze flowing down from the top of the baked product, which gives the pastry an appetizing look.

The first attempt to cook sweet buns from the Elder Scrolls cookbook. from skyrim

Skyrim fans on the Reddit thread took this post as an opportunity to share their baking tips and experiences with each other, and some recommended three different baking recipes from the creator of YouTube content. Some asked the author of the original poster what shape they used to give such a shape to their sweet Skyrim roll from real life. Others were having fun with each other, referring to in-game dialogues of some non-player characters talking about stealing their sweet rolls.

Most of the comments on the thread seemed to find that the baker’s sweet Skyrim roll looked tempting and delicious, and that’s probably what FGannan was hoping to achieve when they posted their photo. There are many other dishes available in The Elder Scrolls 5: Skyrim, and their recipes are probably also included in the official cookbook of the series. I hope the community will also express the same optimism as with regard to attempts to bake sweet rolls to those who will try to recreate more complex Skyrim products in real life.

Cuphead: Delicious Last Course — guide to the battle with the...

Chicago Fire: The 3 series about firefighters that seek to dethrone...