Home Entertainment A Sky Journalist Has Named a New Target in The Liverpool Midfield... 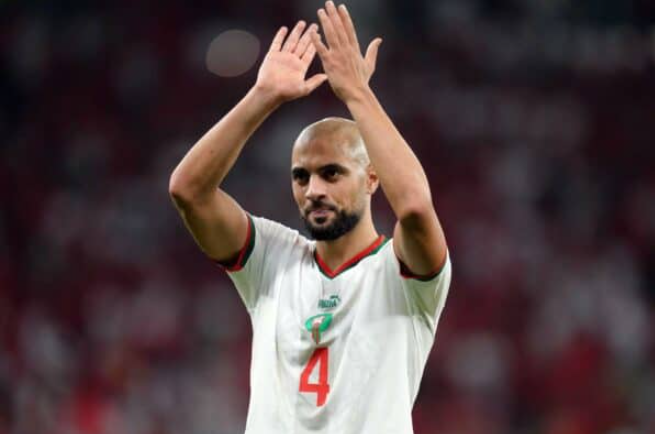 Liverpool appear to be stepping up their efforts to sign a new midfielder, with another name added to the list of targets after Jude Bellingham.

It’s no secret that Liverpool’s priority in the transfer market is to add at least one new face in the middle of the park.

While there are qualities in Jurgen Klopp’s ranks, there is certainly a gap that needs to be filled between veterans like Thiago and Jordan Henderson and youngsters like Harvey Elliott.

Bellingham, who is 19, is actually two months younger than Elliott, but his experience both in Dortmund and in England meets all the requirements in terms of proven abilities, as well as the potential of the generation for further development.

It is widely known that Liverpool not only insists on a deal for Bellingham, but is also considered a favorite for a transfer that could take place in the summer.

News #Amrabat: Been told that many clubs from the Premier League observing him, especially #LFC (next to Bellingham & Caicedo). No negotiations now but he is open to leave #Fiorentina. Salary now around €3-4m + Boni. Price tag: More than €30m! Key player! @SkySportDE 🇲🇦 pic.twitter.com/1JlE0rHVEM

However, there are alternatives, and Florian Plettenberg from Sky Germany, who is considered a reliable source, added another name to the list.

This happened in the person of Fiorentina midfielder Sofyan Amrabat, who is part of the Moroccan national team that made it to the 1/8 finals of the World Cup.

On Twitter, Plettenberg explained that “many clubs from the Premier League” are interested in the 26-year-old, but “especially Liverpool, as the player is “ready to leave Fiorentina.”

The Sky Germany report added that Amrabat “may leave in the winter,” although “a decision will probably be made only after the World Cup.”

Interestingly, the Dutch-born midfielder is advertised as being available for around 30 million euros (25.8 million pounds), and his current salary is between 50,000 and 66,000 pounds per week.

It would not be off limits for Liverpool, although it remains to be seen whether Amrabat will be considered as an alternative to Bellingham or as an additional signing.

Brighton’s Moises Caicedo and Benfica’s Enzo Fernandez have also been linked with a move to Merseyside, while RB Leipzig’s Konrad Limer has also been in sight but is said to have agreed to join Bayern Munich.

Amrabat moved to Fiorentina from Brugge in 2020 after being loaned to Hellas Verona elsewhere in Serie A, having previously played for Utrecht and Feyenoord.

He is a versatile midfielder whose strength lies in possession of the ball, and he is in the 97th percentile in terms of progressive assists at 90 in the top five leagues in Europe.

According to FBref, Amrabat, whose brother Nordin played in the Premier League for Watford for a while, is stylistically similar to players such as Stanislav Lobotka (Napoli), Kevin Kampl (Leipzig) and Tyler Adams (Leeds).