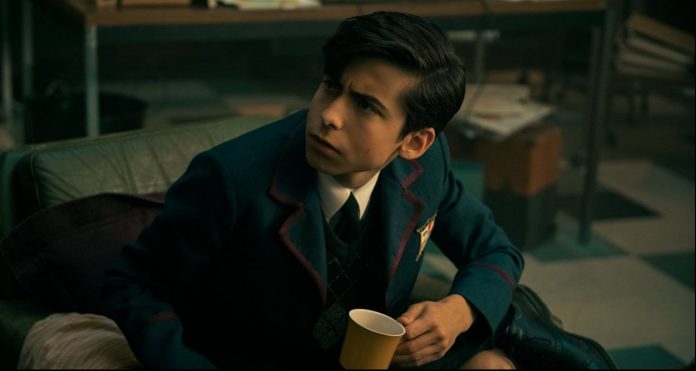 At the end of The Umbrella Academy a flying green cube found between the seven members of the Sparrows was seen and the introduction of the object, whose name is Christopher, makes the transformation of Five (Aidan Gallagher) from season 1 even better. .

The fact that the mysterious cube has a name suggests that Christopher was once a human; that he can be consulted as an oracle indicates that he can speak. It’s possible that he turned into a cube, either through some strange event at The Umbrella Academy.

If that’s the case, then Christopher’s situation reflects the riddle of Five from The Umbrella Academy. However, it actually makes the latter’s problem of being trapped in his teenage body pale in comparison to living his life as a cube.

Five (Aidan Gallagher) from The Umbrella Academy is still a human being, after all. Despite being treated like the teenager on the outside, Five was still able to live normally, in and out of society without attracting much attention.

However, as a cube, Christopher cannot be in society. Season 3 of The Umbrella Academy could give Five a new perspective on his situation, which he has tried and failed to fix all along.

It is unclear what exactly happened to transform Christopher into a glowing green cube, but it seems obvious that it was due to Reginald’s experiments. He didn’t exactly adopt the two sets of kids from The Umbrella Academy so he could be a model father.

Besides, the last two seasons of The Umbrella Academy have shown how negligent and abusive he was during his youth. Ultimately, Season 3 can explore this further.

As it stands, potentially being experienced and raised by Reginald (Colm Feore) is the one thing Five and Christopher have in common and maybe they can at least bond over that in The Umbrella Academy season 3.

Kim Kardashian: this (very) morbid acquisition that is making the buzz!...