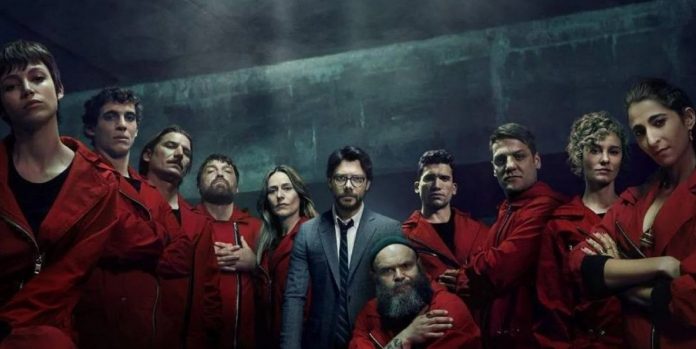 All Netflix viewers are waiting for season 5 of La Casa de Papel, but, fans have been investigating certain errors of the show and have exposed one in this scene of the series.

The error that was found in one of the scenes of La Casa De Papel has to do with when the program belonged to the Antena 3 television station, where errors in the plot were more frequent.

Angel, Raquel’s loyal partner, enters the Mint undercover disguised as a nurse when Nairobi is injured and the gang demands help as part of the negotiations.

In this way the error is detected and this is when the plot takes a complicated turn, as some insightful viewers argued that the professor’s team should have noticed the assistant investigator the moment he stepped foot into the building.

For that reason, the fans of the program came to the Reddit platform to expose this serious mistake that the series made with Ángel.

“First, it was ridiculous that the police thought the deputy inspector would be a stranger to the gang,” said one user.

“Secondly, he was not a stranger to the gang because the photo of him was on the wall of the farm in Toledo.”

Despite the fact that Angel’s face was shown several times during the heist training flashbacks of the first season, the thieves found him not suspicious when he appeared dressed as a nurse, prepared for surgery.

Furthermore, ignorance of him may have even put Nairobi in danger, as he was about to start pulling the bullet out of Nairobi before the professor stopped her.

Although some consider it a mistake and others a super mistake by the teacher’s team, it is logical to know that the La Casa de Papel program has had a large number of errors, so these scenes should not be a surprise.