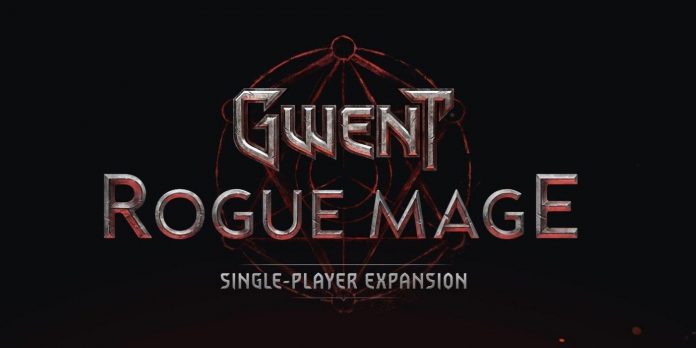 After CD Projekt Red released its cult hit The Witcher 3, a significant number of fans of the game quickly appreciated how amazingly good its card mini-game Gwent was. In an effort to build on its hype, CDPR has prepared the right multiplayer offshoot of the game, which remains relevant and retains a solid player base even today.

Now, after months of radio silence, CD Projekt Red has finally unveiled its next big Gwent release, and it’s significantly more promising than most fans might have expected. Namely, the recently introduced Rogue Mage DLC is a full-fledged expansion pack for a card game that adds real PvE elements to the mix, although it’s worth noting right away that this is not a free version, but a separate installation.

Some Gwent fans may remember that CDPR hinted at the release of the Golden Nekker game in early 2022. As it turned out, it was just the working name of Gwent: Rogue Mage, a significant addition to the usual main branch. The name of the Gwint. Rogue Mage will be released tomorrow, July 7, and will cost $9.99 by default, although fans can also purchase a premium DLC version with a variety of cosmetic items and map sets for multiplayer modes, which instead costs $19.99.

While Gwent is no stranger to content updates, Rogue Mage is a pretty unprecedented expansion for the game. The main gameplay cycle more closely follows the Gwint cycle as it appeared in The Witcher 3, rather than a separate Gwint title, and the DLC seems to deliver most of its content through the new rogue-lite expedition system. Here, players can adjust the complexity of the content using a dozen different settings, although the game’s director, Vladimir Tortsov, claims that it features approximately 30 hours of content, no matter how easy or difficult players want to get Rogue Mage.

It is curious that the story of the rogue magician takes place hundreds of years before the birth of the beloved witcher Geralt of Rivia. Players take on the role of Alzur, the obvious progenitor of the Witcher Order, and then proceed to create the very first Witcher, fighting through the Gwint and various moral difficulties that the franchise is known for. As interesting as the concept is, Tortsov said it’s not “an official addition to the Witcher’s story.”

Similarly, it is curious to note that currently the former director of Gwent is leading the development of The Witcher 4, which may lead to some interesting additions to the basic gameplay formula of the upcoming RPG. This may mean that something from Rogue Mage can be used in the next part of the main Witcher saga.

Gwent: The Witcher Card Game is currently available on PC, PS4, Xbox One and mobile devices. The Rogue Mage supplement is released on July 7.

The witcher: Henry Cavill’s hair and the way they manage to...