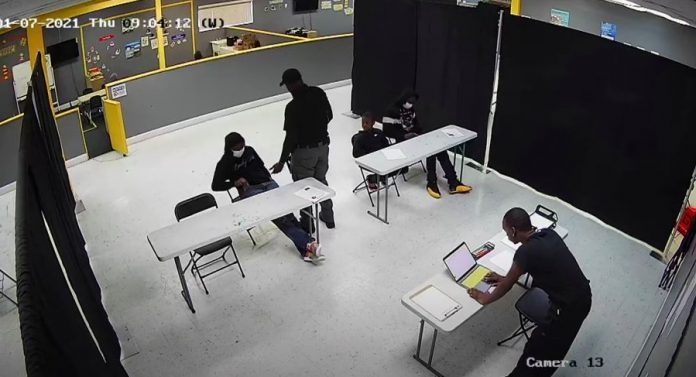 A school security officer has just been fired after being accused of using excessive force on a student at the center where he worked in Pompano Beach, South Florida.

The incident, according to multiple insiders, took place Thursday at the Youth Under Construction Youth Center on North Powerline Road. In the images that have been disseminated through social networks, the security guard can be seen taking a student’s cell phone before the situation worsened and they took him out of the room.

That’s where the security guard, identified as 25-year-old Alie Joseph, shows up to try to handcuff the student before throwing him to the ground.

Delvin King, director of the school, said that he is not an employee of the center but is part of the staff of the security company that the school has contracted.

“I didn’t know if it was a physical altercation or if it was some kind of threat assessment and they had to detain the student, so I allowed security to try to detain the student until there could be a full investigation. It was then that I realized that the situation was not how I thought, “explained the person in charge to local media.

The principal is collaborating with the Broward County Sheriff’s Office and it is very possible that Joseph will be charged in the next few days.

A City-Sized Glacier Ruptured In Antarctica

India Is The Target Of Billionaire Investor Draper