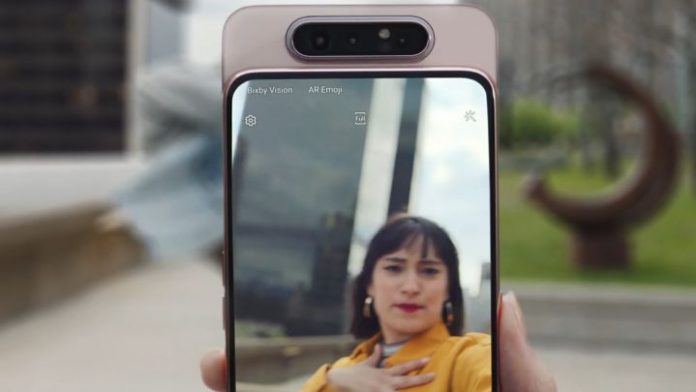 The world of mobile phones is constantly changing. The different manufacturers do not stop investigating to find the next model that will revolutionize the market. For this there is a maxim and it is to offer a beautiful and fully functional design. And this seems that Samsung takes it into account, especially when we see that it is investigating how to place a popup and rotating camera on its mobiles.

Samsung’s idea of ​​having a good front camera

The photographic section is always a maxim for those who want to buy a mobile. Not only is it necessary to look at the internal specifications to know which phone to take, you must also know the capabilities of its cameras. Manufacturers have also made an effort to know how to better fit this part of the mobiles and get a better performance from it.

There are many inventions that we have seen and Samsung is investigating a new one: a popup and rotating camera. To understand it, it is a design that we have already seen previously in some terminals, which is nothing more than a method in which the lenses remain inside the mobile while waiting to activate the app. At that moment, a mechanism is in charge of raising the lens to take the shot and once this is done, it is removed.

But in the case of the idea of ​​the Korean house, which we find reflected in Phonearena, we see a new concept. From what can be seen in the patent image, the camera is housed in the upper left and is capable of lifting and rotating on itself to offer the main lens as a selfie. This will depend on the user’s needs, since if the selfie function is not activated, the three lenses will behave like a traditional triple sensor.

An improvement on the Galaxy A80?

That Samsung launches a terminal with a rotating popup camera is not something entirely new. And we have to take a look at last year’s launches to find a mobile with similar characteristics. We are talking about the Samsung Galaxy A80, a device that was characterized by its rotating camera.

Everything was focused on the screen dispensing with a notch and taking advantage of the entire screen, a requirement fulfilled with this patent. Now both the space and the method change and we will have to wait if this improvement is incorporated in a new A81 or if it will remain an idea pending in-depth investigation.