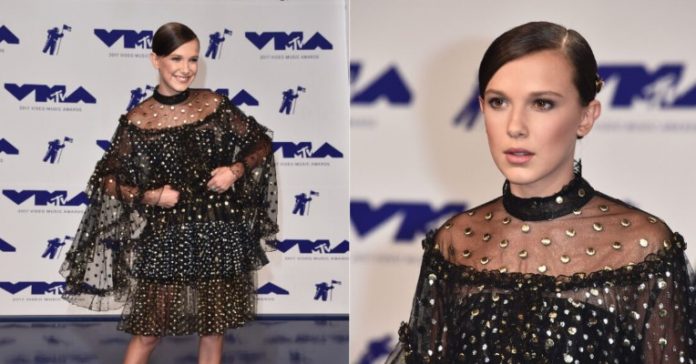 The appearance of Stranger Things led to the huge success of Millie Bobby Brown‘s career and made her the young face of talent. A girl with a shaved head speaks less and expresses more with her mind and eyes. Although there is no doubt, Millie has always been more than an actress, as she is also a model, producer and singer.

Like acting, she started singing at a young age and started a YouTube channel where she posted her cover versions. The 12-year-old star covered pop stars from Bruno Mars to John Legend in the early years of his fame. One of these great covers includes how she once performed John Lennon’s “Imagine” and gave an exciting performance on her channel.

The famous English rock band The Beatles is considered the most influential composer of all time. The band formed in 1960 with four charming voices, including John Lennon, Paul McCartney, George Harrison and Ringo Starr. Their music makes an integral contribution to the recognition of pop culture.

The songs they created were based on skiffle, beats, 1950s rock and roll and classic melodies in an innovative style. The incredible Four were the discoverers of almost everything we call modern music today, and their songs are still a global phenomenon.

For example, in 2017, Millie Bobby Brown passionately sang a cover of Imagine, which is one of John Lennon’s best-selling songs. The 12-year-old actress showed an incredible performance in a rough voice with background music. The lyrics of the song encourage listeners to imagine a world of peace without any social prejudices and boundaries between humanity.

“I love this song, and it was a little tribute to my idol John Lennon,” Brown said in the video. Indeed, there can be no question that she likes this song, since she stands for social issues. We all know that in 2016 she became a UNICEF goodwill ambassador, defending children’s rights.

Booba surprises his fans and releases a new extract!