Home Entertainment A remake of Lollipop Chainsaw will be released in 2023 and will... 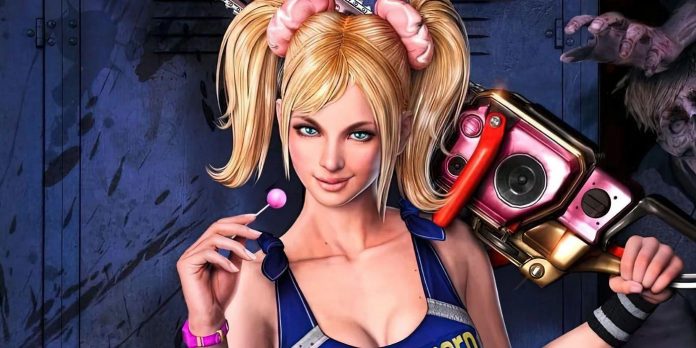 After weeks of speculation and cryptic social media posts, it was confirmed that in 2023 Lollipop Chainsaw will receive a full remake with updated graphics and a new soundtrack. Developed by No More Heroes Grasshopper Manufacture and co-written with James Gunn of Guardians of the Galaxy and Suicide Squad, the original Lollipop Chainsaw was released on PlayStation 3 and Xbox 360 in 2012 and became a cult due to its excessive popularity. A top—notch tone and a morbid sense of humor that goes back to meaty horror movies like Buffy the Vampire Slayer. Players took on the role of Juliette Starling, a school cheerleader who fought hordes of zombies with her trusty chainsaw and the talking disembodied head of her boyfriend Nick.

Despite the positive reception and strong sales figures, Lollipop Chainsaw has never had sequels or updated ports for later consoles, and it has even been excluded from the Xbox backward compatibility catalog and Sony’s new PlayStation Plus line. However, there are signs that Lollipop Chainsaw will return in a new generation of consoles. Back in June, the original Lollipop Chainsaw producer Yoshimi Yasuda tweeted that the classic zombie game, which he helped publish as part of his old company Kadokawa Games, would return under the management of his brand new studio Dragami Games. The message was vague enough for fans to speculate whether it would be a simple remaster or a complete remake of Lollipop Chainsaw, but it was enough for fans to get excited about the possibility of destroying hordes of undead again in the role of Juliet.

Earlier today, on July 5, IGN reported that Lollipop Chainsaw will indeed receive a full remake in 2023, which was confirmed by Yoshimi Yasuda and Dragami Games. This project has not yet received an official name, and it is unclear whether it will be available on the latest generation consoles in addition to the modern PS5 and Xbox Series X/S, but Yasuda noted that his development team will contain a mixture of people who worked on the original Lollipop Chainsaw and the new Dragami Games team. He also said that this new remake of Lollipop Chainsaw will feature a “more realistic approach to graphics” to account for modern equipment, but that the original soundtrack from licensed music (including Tony Basil’s 1981 hit “Mickey”) will be replaced by a completely new one. tracks due to license issues.

Yoshima Yasuda explained that the original Lollipop chainsaw was never ported to later consoles after its release in 2012 due to various factors, and that this was a strong motivation for him and Dragami Games to purchase intellectual property from the original publisher Warner Bros Interactive Entertainment for this upcoming remake. . It’s unclear whether the head of Grasshopper Manufacture Goichi “Suda51” Suda or James Gunn will participate in the new remake of Lollipop Chainsaw in any capacity, but both recently mentioned the original during the celebration of its 10th anniversary this year.

However, fans who fell in love with the brutal zombie fights and dark, quirky humor of the original Lollipop Chainsaw will no doubt be thrilled with this now—confirmed remake – even if some of the game’s catchy background music doesn’t make the leap to modern hardware. The exact release date is still unknown, but a new remake of Lollipop Chainsaw will appear sometime next year.

According to the executive director of AMC, after the BCS, additional...