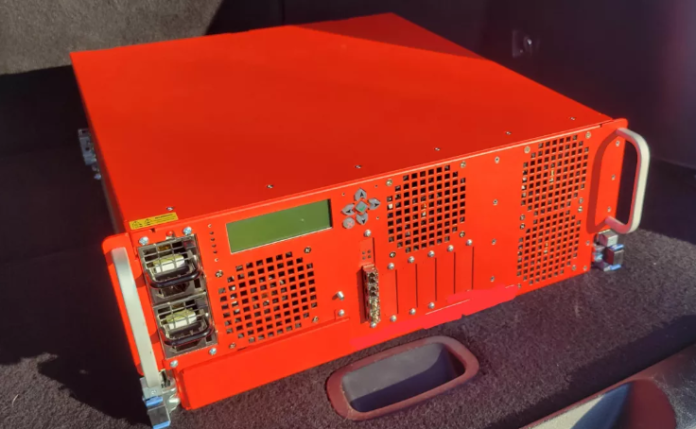 Background: With over 223 million subscribers, it’s no surprise that Netflix is responsible for most of the daily internet traffic. To ensure the smooth operation of the service, Netflix uses a content delivery network known as Open Connect, which consists of an array of local servers containing copies of video content.

Storing content in close geographical proximity to viewers helps ensure fast delivery, but with so many subscribers and so much content, a lot of storage space is required. Netflix provides a lot of documentation about Open Connect, but does not provide a lot of information about the hardware on which the servers are running. That’s where Reddit comes in.

A user working for a major Internet provider recently had the opportunity to purchase a decommissioned Netflix Open Connect server released around 2013, and could not refuse. A Reddit user, PoisonWaffle3, knew that Netflix had completely erased the server, that they were using FreeBSD and contained a lot of drives, but that’s it. The new owner said that the installation is a bit noisy, but intends to replace the four standard case fans on the Noctua model to reduce the noise level. In total, the system boasts 262 TB of raw storage. Preliminary testing revealed only one faulty disk.

PoisonWaffle3 was open to suggestions on what to do with the rig, and even said a second machine was available that could come in handy for spare parts. How would you use a drilling rig with such a large amount of memory? The offers posted on Reddit include the Plex media server or the Chia mining installation, a storage-based cryptocurrency.