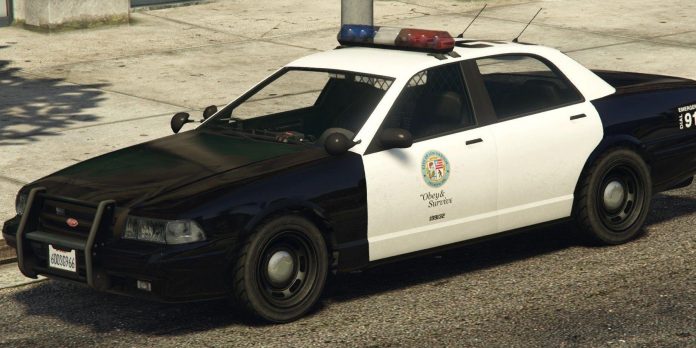 It is known that a lot of strange things happen in Grand Theft Auto Online from Rockstar Games, and the player cut out the moment when a policeman shoots him after he was killed. Non—player characters of Grand Theft Auto Online, as in GTA 5, react inconsistently to situations and often appear in strange places, and the policeman in the above video is the most ridiculous of possible scenarios that could play out.

GTA Online fans have seen non—player characters stick to the wings of an airplane, defy gravity and intentionally crash into a player’s car, and the video of Reddit user Objective_Middle_696 is just the latest example of fun with AI. NPCs in Grand Theft Auto Online and GTA 5 have not undergone much change since the games were released back in 2013 of course, the characters in other Rockstar Games, such as Red Dead Redemption 2 and the remaster of Grand Theft Auto Trilogy, are also peculiar. While GTA Online players often have fun chatting with each other, unpredictable moments like the one captured by Objective_Middle_696 are another way fans can keep coming back.

The Objective_Middle_696 clip begins with the player knocking one policeman down by wearing a mask and packing enough money to suggest that he committed one of the many Grand Theft Auto Online robberies. Another policeman shoots at the player from the other side of the parking lot, and Objective_Middle_696 runs towards them and immediately begins to strike, kicking the policemen while they lie trying to get to their feet. Being knocked down for the second time and eventually killed, a GTA Online policeman falls on his shotgun aimed at the player and takes one shot at him, resulting in the infamous Wasted screen.

A policeman shot me after he died lol from gtaonline

As in the case of real weapons, weapons in GTA Online can misfire in situations like the one shown in the video Objective_Middle_696, due to the physics of the NPC falling on firearms in combination with the unpredictable reaction of AI. Although Objective_Middle_696 may not be the first person a character has shot in such a strange way as other players have been robbed by GTA Online’s artificial intelligence, very few fans have cut out the moment a dead NPC kills a player. Considering that GTA Online players lose some of their money when they are killed, and that Objective_Middle_696 was carrying over $10,000 when a dead NPC defeated them, a single shot deprived the player of the ability to store their earnings.

Several players turned to the Objective_Middle_696 post to tell their stories about how a fallen NPC shot at them in the same way, with one noting that hitting a Grand Theft Auto Online firearm would also make him shoot in the game. Several Reddit users noted the statistical probability of these moments in GTA Online and hinted that this is an incredibly rare event that some may appreciate, despite the fact that it is lamented by Objective_Middle_696.