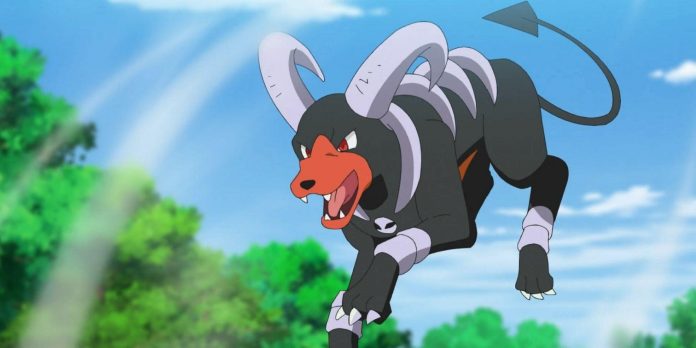 A few years before Niantic forced Pokemon fans to go all over the world to catch Pokemon in Pokemon GO, Game Freak and Nintendo tried to attract fans of the franchise through the Pokewalker peripheral. For those who may be unfamiliar with the device, Pokewalker was a pedometer that came bundled with copies of Pokemon HeartGold and SoulSilver, Pokemon Gold and Silver remakes for the Nintendo DS. Players can transfer Pokemon from their HeartGold and SoulSilver games to Pokewalker, earn XP by walking, and then transfer Pokemon back to the games they came from.

Pokewalker was not compatible with Pokemon games released after HeartGold and SoulSilver, so the device was almost forgotten. Reddit user Patriotman115 recently found his old Pokewalker and, after inserting new batteries into the device, discovered that Houndoom was still inside. Patriotman115 says they tried to move Houndoom back to Pokemon HeartGold, but it won’t work as the save file it was created from is missing.

“The trainer he loves and all his Pokemon fans have been wiped off the face of the earth,” Patriotman115 explained. The Reddit user added that they would like to transfer another Pokemon to Pokewalker, but this would actually kill Houndoom, wiping it off the face of the earth, as well as the save file from which it was taken. Patriotman115 ended the post by asking if they should move on by erasing the Houndoom from the Pokewalker, or should they let the Houndoom stay inside the Pokewalker “in memory of its lost universe.”

“The hardest choice requires the strongest will” from Pokemon

Most of the answers urge Patriotman115 to leave Houndoom in Pokewalker, while others try to suggest possible solutions to the puzzle. One possible solution might be to buy Patriotman115 a new Pokewalker, but it should be noted that Pokewalkers are currently quite expensive. On Ebay and similar sites, one would expect you to spend $60 or more to get a Pokewalker. For reference: A Pokemon HeartGold or SoulSilver cartridge can be purchased for about half this price. However, those looking for a complete copy of Pokewalker in a box for any game can expect hundreds of dollars. It looks like Patriotman115 has to make a pretty heartbreaking decision, since in order to use Pokewalker properly again, they will have to get rid of Houndoom.

Pokewalker was an interesting experiment, and in some ways it could be seen as a kind of precursor to Pokemon GO. It is unlikely that such a device will be released, since Pokemon GO, in fact, serves the same purpose, encouraging users to get up and walk to gain advantages in the gameplay. Because of this, it seems that releasing a similar peripheral, say, for the upcoming Pokemon Scarlet and Violet, may be a waste of resources.

Pokemon HeartGold and SoulSilver are available for the Nintendo DS.