Home Entertainment A player from Stardew Valley has turned the city of Pelican into... 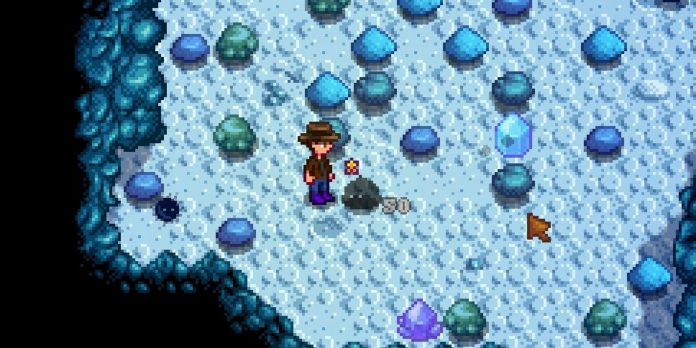 Stardew Valley is a farming game that offers much more than just planting seeds and making friends with the townspeople. The level of attention to detail from developer Eric Baron, known as ConcernedApe, is not limited to the farming aspects of the game. Instead, players are offered a variety of ways to complete the game, and one player saw this as an opportunity to re-imagine the quaint and peaceful city of Pelican as a slimy nightmare.

Pelican Town is one of the main places in the Stardue Valley where the farmer will run in addition to his own farm to make friends with the townspeople, visit Pierre’s general store for seeds and donate various items to the museum. However, Reddit user Sparkleskeleton decided that the city needed a little more personality, and in a video showing their devilish takeover, their game struggles to keep up with the huge number of slime rampaging on the screen.

The minute-long video follows a Sparkleskeleton, which jumps around the city, pushing through huge groups of colorful slimes. While the townspeople walking around seem unperturbed by the fact that their city has turned into a giant house for slimes, the game does not agree with the existence of so many shaking slimes. The game stutters and struggles to keep up with Sparkleskeleton as they circle around from Pierre, down across the bridge to the museum, up to the cinema, back to Pierre before making a final circle around the top of the map next to the Community. Centre. All the time you can see slimes jumping on the spot, alone or in groups, and some of them jump to the horse as it gallops by.

Welcome to Pelican Slime Town! ( (Looking back, maybe I have too many slimes…) from StardewValley

Due to the constantly branching ways of playing Stardew Valley, some players choose to randomly romp around the world, building their perfectly aesthetic farm and becoming loved by all NPCs. There are also those who want to complete the game 100% and will do everything in their power to get all the hidden secrets that Stardew Valley has to offer. However, there are also players who find some parts of Stardew Valley, such as the mechanics of fishing or the amount of effort it takes to make friends with someone, incredibly frustrating. These players can solve their problems by never touching a fishing skill or avoiding certain NPCs altogether if they don’t want to tie themselves to a gift-giving schedule.

In Stardew Valley, you can play for comfort, but there are no rules against a more chaotic passage. Bringing down a stream of slime on the residents of Pelican City definitely sounds like an interesting way to start a new game.

Stardew Valley can be played on mobile devices, PC, PS4, PS Vita, Switch and Xbox One.

The Secret of Vin Diesel Ground Version of the script Guardians...