Home Entertainment A Plague Tale: Requiem – How long has it been since innocence... 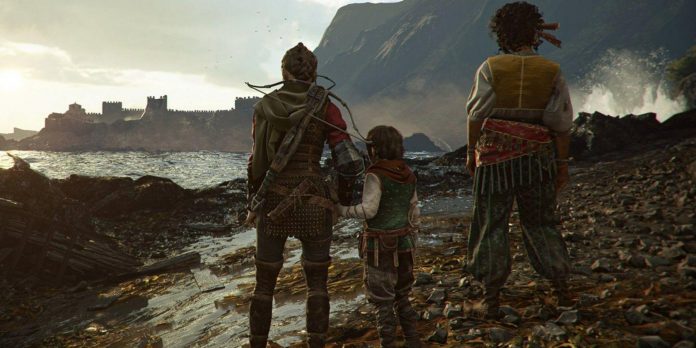 The release of the long-awaited sequel A Plague Tale: Requiem from Asobo Studios and Focus Home Interactive is approaching. The sequel to A Plague Tale: Innocence 2019 did not make fans wait too long for the continuation of the story of Amicia de Roon and her sick brother, but fans are still looking forward to the next game. Expectations are high after the award-winning release of the stealth action adventure, which introduced players to the plague-ridden world of 14th-century France for the first time, and glimpses of A Plague Tale: Requiem only increased the excitement of fans.

The sequel seems to continue the focus of the first game on great perspectives and detailed environments, even if the narrative has moved to new places. Judging by what players have seen in the gameplay of A Plague Tale: Requiem so far, it has been some time since gamers last encountered a problematic pair of siblings. However, many are wondering how much time has passed since the release of the first game and what could have happened in that time before the story resumes in A Plague Tale: Requiem.

At the end of the last game, Hugo’s powers were fully awakened, and he and Amicia overcame their differences to defeat the vile Vitalis together. Despite the apparent disappearance of both the rats and the plague after Vitalis’ defeat, many still fear Hugo and his newly realized abilities. Perhaps life has returned to normal for some, but siblings Amicia and Hugo, their sick mother Beatrice and a young student Lawrence Lucas are leaving in search of a new home.

A Plague Tale: Requiem retains the action-adventure and stealth gameplay of the first game, but takes the narrative to a new place. Six months after the end of A Plague Tale: Innocence, Amicia and her companions travel to Southern France to find the answer to Hugo’s illness. The months between games have been busy with their journey, but they also struggle with the manifestation of Hugo’s powers, while Amicia copes with her traumatic experiences during A Plague Tale: Innocence.

Search for an answer

As Hugo’s powers once again bring death and destruction, Amicia must find a cure for his curse before it’s too late. Believing that the answer lies on the predicted island off the coast of Southern France, the siblings traveled to warmer climes to try to find the truth. While the game still has darker elements and a return to the horrific hordes of rats, A Plague Tale: Requiem has showcased its colorful and vibrant surroundings in its trailers, demonstrating a shift in aesthetics. The sequel seems to build on many aspects of the first game, developing stealth sections and seasoning them with impressive scenery to truly surprise fans.

Hugo and Amicia will still be fighting Inquisition soldiers and other enemies, but Hugo himself will also pose a real threat as he struggles to control his own powers. While Amicia struggles with her mental health and remains determined to save her brother at all costs, A Plague Tale: Requiem sets the stage for another heartbreaking and emotional experience. The environment looks more diverse, some marine gameplay will be introduced, and there will be new characters who will help or hinder the siblings along the way, but A Plague Tale: Requiem seems to embrace the spirit of the first game wholeheartedly. in all the best ways.