Home Entertainment A Plague Tale: Requiem Could Be the Scariest game of this Halloween 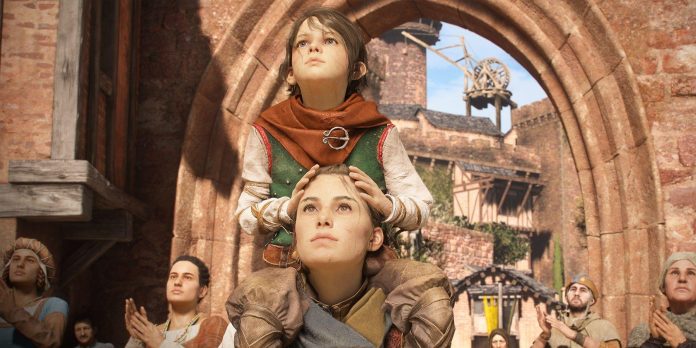 As is the case every year, October in 2022 has plenty of scary games lined up, including Sons of the Forest, Yomawari: Lost in the Dark, and the multiplayer game Resident Evil Re: Verse. It is also rumored that the next entry in the Dark Pictures Anthology, The Devil in Me, will be getting an October release. While all these titles will be good for some Halloween fun, this year’s scariest October release may be A Plague Tale: Requiem, which serves as the sequel to A Plague Tale: Innocence.

With A Plague Tale: Innocence, Asobo Studio showed gamers just how scary rats can be, especially when they gather into enormous swarms. A Plague Tale: Requiem will be bringing back the rat-based terror, but current-generation technology has allowed developers to crank things up to horrifying levels. The game will also deal with psychological horror as Amicia deals with the trauma of resorting to brutality to protect her younger brother, Hugo. For gamers looking for good scares along with a gripping story this Halloween, A Plague Tale: Requiem does not appear to be a bad choice.

RELATED: The Most Anticipated Games of Fall 2022

Amicia and Hugo Will Be Facing More Rats Than Ever

In A Plague Tale: Innocence, players are introduced to Hugo and Amicia, who are siblings of noble descent living in 14th century France. All seems well until their pleasant community is visited by the Inquisition which seeks Hugo, forcing Amicia to flee with her brother. The situation is made worse by the sudden rat plague which has the streets swarming with hundreds of vicious rodents ready to consume everything in their path. Amicia discovers that the rats hate the light, and she uses this to her advantage, though the monstrous swarms still prove to be terrifying obstacles.

Even for players who are not afraid of rats, the swarms, which their constant squeaking and their ability to turn humans into nothing in seconds, are a frightful sight. Seeing them come together to form a flood of dark fur creates a unique form of horror that keeps players’ toes curled. Fortunately, there are ways to deal with the rats either by lighting torches and braziers, or by distracting the vermin with meat or, if need be, the live flesh of an enemy. As players upgrade Amicia’s sling, they gain better ways to avoid the rats.

While the brutal Inquisition is to be avoided at all costs, the rats remain the scariest part of A Plague Tale: Innocence. When developing A Plague Tale: Innocence, Asobo Studio spent a lot of time on the rats, as they are where most of the game’s fearful moments come from. The developers achieved this by building the swarms in four layers, with the layers the farthest back having less detail, and the closest layer being fully detailed and animated. Using this method, developers were able to display 5,000 rats in front of players and simulate 5,000 more behind them.

RELATED: A Plague Tale: Requiem Could Be a Good Replacement for Starfield

A Plague Tale: Requiem will up the ante, and players can expect more rats than ever. It has been revealed that thanks to current-generation hardware, the upcoming game will be able to render more than 300,000 rats around players, making the swarms of A Plague Tale: Innocence seem puny in comparison. The sheer scale of the rat swarms that will be possible has been shown off in trailers that have depicted tsunamis of rats pouring down. Any players with musophobia are sure to leave white-knuckled.

A Plague Tale: Requiem Will Explore the Psychological Horror of Trauma

A Plague Tale: Innocence, as the name suggests, was a game concerned about the loss of innocence. Amicia and Hugo are both quite young, and they are thrust into a cruel world filled with cruel people out to get them. They witness horrible things which force them to abandon childhood, and to survive, Amicia is forced to put her morals aside and perform heinous acts. Despite it all, the siblings manage to overcome the challenges in their path, though they will be facing new foes in A Plague Tale: Requiem.

In a PlayStation Blog post, Asobo Studio lead writer Sebastien Renard hints that Amicia’s trauma will be a focus in the upcoming game with the mention that the fighting skills Amicia honed in Innocence may backfire on her, and as she takes on the role that only she can assume – presumably Hugo’s guardian – she will have to deal with the traumatic emotions that come with it. Another source of trauma will be the rat plague which will continue to follow the siblings, bringing horrid death and disease with it. Amicia’s trauma, which will grow as she resorts to darker actions to protect her brother, could end up being one of the most chilling aspects of the upcoming game if it’s handled well.

Amicia and Hugo’s story is a gripping and complex one that explores the innards of sibling relationships and the emotions that come with them. Though Amicia and Hugo love each other, they seem to inadvertently hurt each other, though their relationship is, fortunately, able to survive the hardships. With their next adventure, there will be even greater challenges for the duo to overcome, bringing players face-to-face with ever more terrifying encounters. There will be more rats, more death, and certainly more scares.

A Plague Tale: Requiem is scheduled to release on October 18, 2022 on Nintendo Switch via cloud, PC, PS5, and Xbox Series X/S.