Home Entertainment A Plague Tale: Innocence will be one of the free games on... 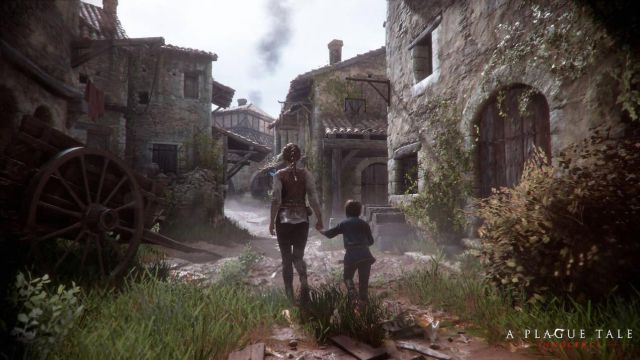 A Plague Tale: Innocence: The Asobo Studio title was recently updated on the new generation of consoles to offer better resolution and performance. The Epic Games Store has already made available to players the next free games that will be available throughout this week. He has also announced the following, including A Plague Tale: Innocence. The adventure starring Amicia and Hugo can be enjoyed on PC without paying a single euro, all from August 5. In addition, the platform has revealed that the second game of that week will be Speed ​​Brawl.

A Plague Tale: Innocence has made headlines in recent weeks. Three years after the original release, the developer announced a version optimized for next-generation systems. After applying the update, now available on PS5, Xbox Series X and Xbox Series S, the game renders at 60 fps with 4K resolution.

Asobo Studio revealed during Microsoft’s conference at E3 2021 that it was working on the sequel. This is A Plague Tale: Requiem, a title scheduled for 2022 that will once again recover its two protagonists. Both will travel the medieval world again with new adventures and dangers. The video game has been conceived as a new generation product, so it will only be released on P5, Xbox Series X, Xbox Series S (Game Pass) and Nintendo Switch, but with a trick (via the cloud).

The A Plague Tale saga is set in medieval times with certain fantastic elements. Disease has taken over the world and the plague is wreaking havoc on the population. Between all that death, Amicia and Hugo will have to do everything possible to survive. The funny thing is that the boy has special powers and is able to control rats. His enemies succumb to these rodents, but many crave those abilities for themselves, including the men of the Church.

An artificial intelligence image generator used to show Geralt from The...