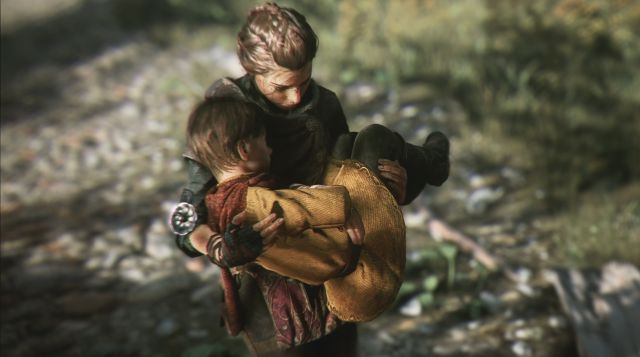 A Plague Tale: Innocence: We return to travel the odyssey of Amecia and Hugo, raised to a new level on PlayStation 5 with their controller. “Sometimes I think that on the face of this earth that we walk on we suffer the contagion of that moral plague that is the desire to destroy each other”, Roberto Alifano

There are Triple A ‘Open World’ video games that offer you a lot of hours and mix a lot of genres to give a huge variety to your experience, but then they are boredom, torpor and I wish the campaign is over. And there are games that focus on 1-2 genres, that narrow the experience, make the progress guided and prefer to focus more on the narrative, offering in return an emotional ‘punch’ and a vivid experience that, although playable is not open. and varied, narratively it has penetrated you much more. And whenever you think about it you will say “what a great game, because you remember not so much each level, but what it made you feel.

The latter is A Plague Plague: Innocence, a title that is very easy to say ‘well it should improve here, there and correct this’, but it is impossible not to recognize that it was one of the jewels of 2019, of the gaming experiences of that year that you had to play yes or yes. Perhaps the ‘stealth’ part -which ultimately dominates the gameplay- will not convince you, or the moments of struggle in which it was to play one or another live or die card. But, like others like Life is Strange, its strength lies in its characters, in its narrative, and in what level by level it seeks to make you live.

Thanks to the Assassin’s Creed saga, we have been able to play historical times that barely had representation in the world of video games, but A Plague Tale is one of those unique ‘setups’: You are in France, in 1348, with the War of 100 years, the Holy Inquisition torturing in the name of their God. And all this right in the middle of one of the worst pandemics that human beings have known: The Black Death. And your character is not exactly a fierce military man, a sibylline assassin or a highway robber, but a 15-year-old girl who must protect her little brother from her, and she is only armed with a sling to throw stones …

Released in 2019, A Plague Tale: Innocence promised and did not disappoint, since the story of the two brothers and the variety of situations in which Asobo Studio put us fully fulfilled. But now that we are in a new generation, the studio and Focus Home Interactive have wanted to take advantage of the power of the new systems to offer us an improved ‘Next Gen’ version. And boy is it improved.

Nikki Bella admitted that breaking up with John Cena was “painful”