Home Entertainment A Photo Of Scarlett Johansson In A Test Suit Of Black Widow... 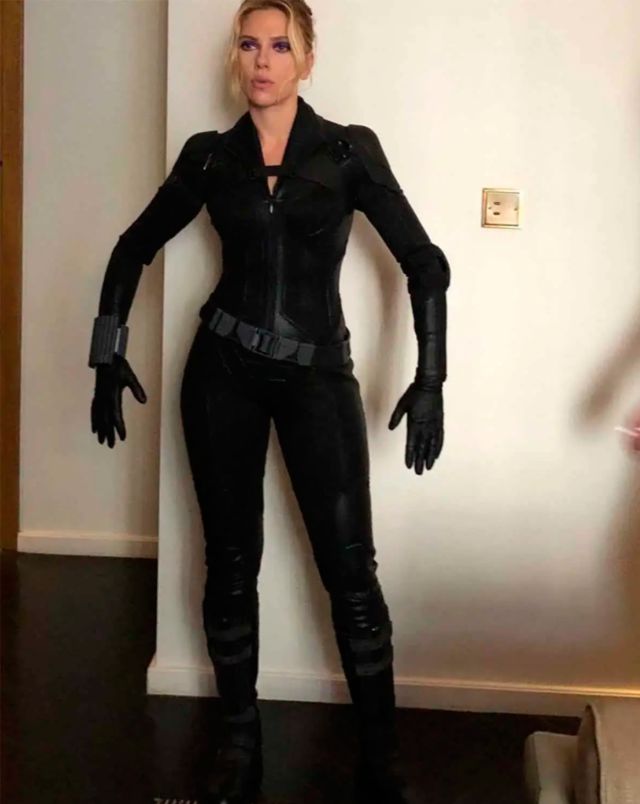 Scarlett Johansson: Costume designer Jany Temine shares a first photo of the actress at a dress fitting for her Black Widow/Natasha Romanoff character. Scarlett Johansson has been one of the great protagonists of the first three phases of the UCM with her character as Black Widow, one of the components of the original Avengers and a key player in defeating Thanos after his sacrifice in search of the Soul Gem in Avengers : End game. And it is that the actress has had time to develop her character over a decade linked to Marvel Studios, giving life to a famous character from comics. And it has been now that a photograph of Johansson with a first Black Widow suit has come to light as part of a costume test, an appearance very similar to the classic Marvel Comics that finally did not reach the big screen.

So much so, that the costume designer Jany Temine who worked on the production of the Black Widow solo film, has shared this photograph as part of a dress test of Scarlett Johansson wearing a Black Widow suit, a suit that It seems to be made to see how the actress looked in it and that it would serve to develop the final costume that we saw in the film. Even so, the suit in question betrays an aspect much more attached to the comics thanks to a marked classic air. “Scarlett’s first try on the Black Widow costume! Brilliant, powerful, beautiful… She is gorgeous!” writes the costume designer.

Recall that Black Widow appeared for the first time in Iron Man 2 as an infiltrated agent of SHIELD, to later join The Avengers to face the threat of Loki and the Chitauri. Then we saw her in Captain America: The Winter Soldier and Avengers: Age of Ultron. She later joined Iron Man’s side in Captain America: Civil War despite supporting Steve Rogers. With the arrival of Thanos, she was part of the Wakanda resistance in Avengers: Infinity War and participated in the time travel mission of Avengers: Endgame where she suffered a fatal fate.

Between the events of Captain America: Civil War and Avengers: Infinity War, her last participation in the MCU took place with her solo film Black Widow. Project that led to a confrontation between the actress and Disney for the simultaneous release of the film in theaters and Disney +.

Boys: The Homelander Reflection scene, reimagined as a comic