Home Celebrity A photo of Jenny from BLACK PINK in the bathtub has reportedly... 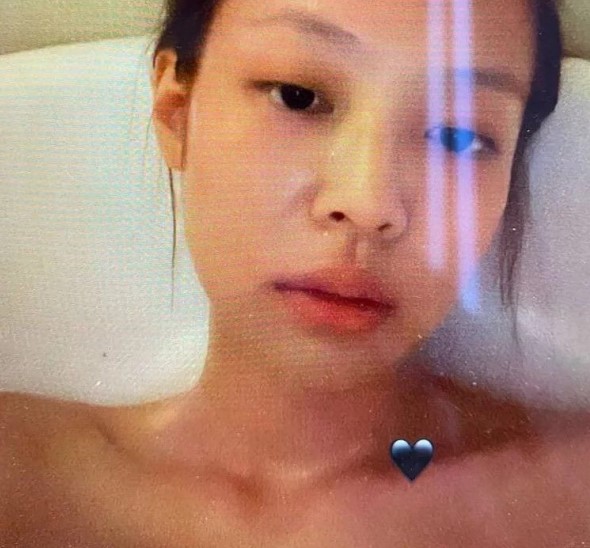 After a couple of photos of Vee from BTS and Jenny from BLACKPINK leaked on social media, the user struck again. This time they leaked the alleged image of Jenny in the bathtub. Keep reading to find out all the details.

The image of Jenny from BLACKPINK in the bathtub is supposedly released
On September 20, the Taiwanese media Ettoday published a message claiming that a photo of BLACKPINK member Jenny taking a bath was published. Hacker Gurumiharibo, who leaked several intimate photos of Jenny with V from BTS, continues to expose the idol.

“Jenny can unsubscribe from everyone, but your photos with Taehyung (Vi) from BTS have already been exposed. It’s too late. Here’s Jenny taking a bath.”

Although the photo has not yet been confirmed as authentic, Internet users have compared the leaked image with past selfies and photos of Jenny. Many have come to the conclusion that the photo is real, noting that the shape of her ear in the photo in the bathtub is identical to how it looks in other photos.

CHECK IT OUT: A video of Jenny from BLACKPINK and Vee from BTS at the “BORN PINK” audition party? Here’s the “Proof”

that most people are concerned about is Jenny’s privacy. It was noted that the hacker most likely leaks photos from Jenny’s personal Instagram account or her iCloud.

At the same time, many are concerned about the amount of materials that a hacker can leak to destroy Jenny’s reputation.

Despite the public’s concern, YG Entertainment has not yet taken any protective measures.

The latest news about the rumored romance of Jenny from BLACKPINK and Vi from BTS
Earlier, the account distributing the photos of Vee and Jenny firmly stated that all the photos are real. He also added that the idol companies, YG Entertainment and HYBE Labels, would not dare to do anything because the two idols are really dating.

Several media outlets reported that V attended a private party for VIP guests to celebrate the release of “BORN PINK”. According to insiders, throughout the event, V played the role of a caring guy.

Cardi B: she reveals her buttocks in tight pants and buzz!