Home Tech A phone with a tongue to ‘feel’ the conversation 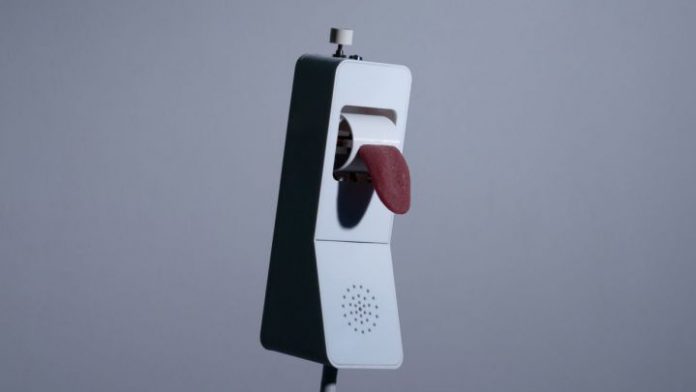 There are many and many unconscious who continue to think that this pandemic is a game, and they skip all the rules, rules and impositions. But there are also others and others who follow them, people who have not seen their loved ones in a physical way for a year or have not been able to hug them, precisely because they care about them. Loneliness and isolation have been taking their toll since March last year, and two art students have tried to fix it.

A conversation on a mobile phone or on a landline phone is a distance communication in which the interlocutors are separated. Physical contact does not exist. Therefore, Sandeep Hoonjan and Xianzhi Zhang, students at the Royal College of Art in London, have created a design that turns speech into physical sensations. The project is called “Feel the Conversation”, and it is that curious:

First, devices connected to phones translate from one language to another, so any two people could have a conversation.
These devices then also translate speech into haptic movement (the technology that recreates touch) that the other person feels through physical silicone accessories. Props move based on the volume and intonation of the speech, creating a potentially unique feel to any word or phrase.
Recorded by a microphone, louder speech creates more exaggerated movements, and quieter speech creates smaller movements. Similarly, slower speech creates slower movements, while faster speech creates faster movements.

A phone with a tongue

The movement occurs through two silicone accessories. One is shaped like a tongue and the other a brush. As Hoonjan and Zhang explained to the Dezeen media, they created the project in part to mimic parts of the conversations that were missing while people were physically isolated due to COVID-19. They wanted people separated by the pandemic to connect in a “more intimate” way.

The haptic touch of the accessories is similar to the vibration of a mobile phone. The creators said they created the tongue accessory because it was recognizable, and it would give people a way to relate to the project and what they were trying to do.

Hoonjan explained that many people miss the sensation of touch and other ways that people naturally feel closer during a conversation, such as body language. He cited increased “skin hunger” as people miss touch, which might be necessary for mental health.