Home Entertainment A parody of Terminator Rick and Morty shows Why Rick is So... 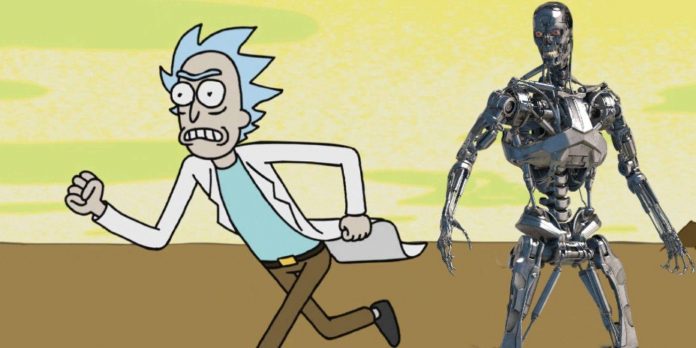 Rick Sanchez from “Rick and Morty” is not one of those who often agrees to half measures, especially when it comes to his experiments. Rick is surprisingly excessive in his desire to make the most extreme version of what he is working on, as evidenced by his obsession with toast, which led to the creation of a dystopian reality similar to the Terminator.

Morty Smith’s grandfather is a multi—dimensional genius. There’s nothing Rick can’t invent, and usually does. However, in “Rick and Morty #12” by Kyle Starks and Terry Blas, readers witness Rick’s attempt to make the perfect toast. To accomplish this daily task, a mad scientist in a lab coat unnecessarily connects a toaster to the multiverse so that he can make the most perfect piece of toast ever. Eventually, thanks to Jerry, he becomes a powerful bomb. Rick explains his multidimensional toaster by saying that he wanted to see if he could perfect the most boring thing possible, even if it meant turning an ordinary kitchen appliance into something that could be intentionally or accidentally turned into a doomsday bomb.

Related: Rick and Morty’s First Real villain had a huge advantage over Rick

In “Rick and Morty #23” by Kyle Stark and CJ Cannon, readers get an idea of the “Toastnet Dimension”, an obvious parody of the Terminator and Skynet. This dimension has been invaded by sentient killer toasters, presumably due to Rick’s obsession with making perfect toasts. As a man whose pride is one of his most deadly weaknesses, Rick is dangerous not because he is immoral, hedonistic, or even an alcoholic on the verge, but because he only works to the extreme. If he does something, he needs to create the most extreme version of it. Given his abilities, this usually leads to terrible consequences, such as explosions of toasters or parodies of the Terminator.

Rick and Morty from the comics are different versions of Rick and Morty from the animated series, but they differ only in their experience. For all intents and purposes, their personalities and motivations remain the same, and this drive to extremes is something Rick has demonstrated many times in the past. When he wanted the machine to transfer oil, he created an intelligent robot capable of experiencing the mental suffering of his slave existence. When he needed a car battery, he created a civilization that generated electricity for him. When Jerry, Rick’s most hated son-in-law, asked for a device that would make the Smiths’ dog smarter, his excesses led to a parody of a lawn mower. Rick is the smartest person in the multiverse, as well as the most unnecessarily extreme.

It’s tempting to write off this behavior as Rick’s nihilism, but in fact it’s the opposite. He could easily make a toaster that makes amazing toasts, but that’s not enough for him. Rick wants to make the perfect toast. A portal-hopping scientist likes to remind Morty, Beth, or anyone who listens that the existence of a multiverse usually means that nothing anyone does matters, but Rick doesn’t really want to believe it. Yes, he often justifies evil, but he does not do something chaotically, because he believes that nothing matters. No, Rick pushes things to the limit in the hope of finding something really important.

“Rick and Morty” is an irreverent cartoon about a crazy old scientist and his clumsy grandson, but it also tells about Rick’s search for meaning in what he fears is a meaningless existence. So when he makes a toast, it’s never enough, unless it’s over-processed to the point where a script is created. A terminator that threatens the whole existence. Rick Sanchez is a genius who never does anything small, but it also means that his level of extremity leads to extreme and dangerous consequences for the multiverse of Rick and Morty.