Home Entertainment A Pair of Cuckoos: Series 15 review – There are no more... 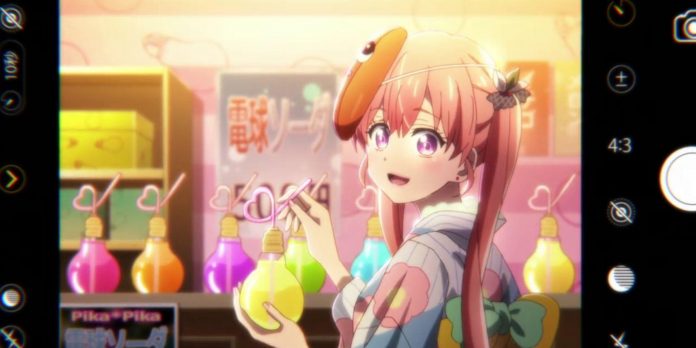 Below are spoilers for the 15th episode of the series “A Pair of Cuckoos” “We must tell our Secret”, which is currently being broadcast on Crunchyroll.

The beginning of the second part of “A Pair of Cuckoos” is quite depressing. Considering how amazing the end of the first part was, we thought that the second part would start with a bang. But no, it turns out that the organizers of the show prefer to use the same old predictable formula.

Fortunately, episode 14 turned out to be quite interesting. Although it’s not a perfect balance, there’s still a good distribution between drama and comedy in this episode. It can make you giggle at the humor and choke on the dramatic moments. So hopefully episode 15 will be able to offer at least the same level of quality. Let’s see what happens in this review of the 15th series of “Pairs of Cuckoos”.

Earlier about a pair of cuckoos

Episode 14 “Pairs of Cuckoos” is divided into two parts, the first two-thirds of which are comedy, and the rest are devoted to the dramatic aspect of the story. In the first part, Erica asks Nagi to help her with her studies so that she can pass the exam. This time she is desperate because her father says that if she fails, she will have to leave their current home and return to her parents. Nagi doesn’t want to help her at first. But after Sachi listened to the rumor and saw how hard Erica was doing on her own, Nagi finally decided to help her.

In the second part of the story, Nagi and Sachi are asked by their parents to help sell food during a local festival. It was supposed to be a quality time for Nagi and Sachi, but then Hiro comes and asks Nagi to walk around the festival with her later that night, which certainly spoils Sachi’s mood.

When asked who Sachi was, Nagi introduced her to Hiro as his younger sister. Later that night, Erica comes to the festival. When she walks with Sachi, they bump into Hiro, and Erica immediately introduces Sachi as her younger sister. Needless to say, Hiro is puzzled because that day two different people introduced Sachi as their little sister.

We have to tell our secret

Like the 14th series, the 15th series is also divided into two separate parts: comedy takes up about 75% of the episode, and the rest is drama. The story is still about the festival, and the first part is about Nagi enjoying the festival with Erica. Since this is Erica’s first summer festival, there are a lot of fun moments at it. For example, the time when Erica tries to pay with a credit card at a food kiosk.

In the second part, Hiro appears. Without further ado, she asks them about Sachi. Why did Erica and Nagi say that Sachi is their younger sister? Surprised by the sudden question, Erika grabs Nagi’s hand and runs away from Hiro. However, after she calms down, Nagi tells her that it would be better if they just told the truth to Hiro.

As can be seen from the previous section, the 15th series has the same general story structure as the 14th. About two—thirds of the story is devoted to comedy, and the rest is a full-scale drama. At the same time, this episode is clearly an improved version of the previous one.

The comedy hits harder and the drama is more exciting, but at the same time they manage to keep the overall mood of the episode relatively light. Not only that, the transition between the two parts is also much smoother than in the previous episode.

The show’s organizers seem to have found a new formula for this series and are experimenting on how to improve it better. And that’s great news. Because this new format is much nicer than alternating full-scale comedy and full-scale drama, as it was in the first part of the series.

A new chapter in Nagi and Hiro’s relationship

Although Hiro seems to take the news as a champion, it is clear that she is still very strong in the competition. And it opens up a lot of doors for a new and exciting development between the three of them.

Maybe Erica and Hiro can honestly tell each other what Nagi means to them, and thus start an open competition between them. Or maybe they will fight for Naga’s attention in their own way, which gives a lot of opportunities for different comedic situations. History can follow so many paths.

Episode 15 is a new and improved story format. The creators of the show seem to like this way of mixing comedy and drama.

The Vampire Diaries: These are 2 actors who fought on set...

Perfect Dark Will Feature The Collaboration Of The Creators Of Tomb...