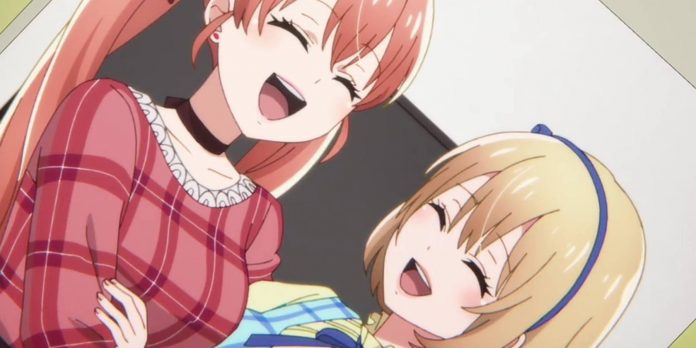 The following contains spoilers for Episode 14 of A Couple of Cuckoos, “Walls Are There to be Overcome!!,” now streaming on Crunchyroll.

Episode 13, which is the first episode of the second part of A Couple of Cuckoos, was frankly quite underwhelming. It focuses too much on the drama aspect of the story, and only delivers a handful of comedy. So hopefully this episode can avoid this same issue that has been plaguing numerous episodes of A Couple of Cuckoos.

If we use the trends that the show runners have been using thus far, episode 14 should still be a drama-centric episode. But episode 13 ends with a promising development for Erika, so hopefully this episode can provide a much better watching experience than the previous one. Let’s see how good, or bad, this episode actually is through this review of episode 14 of A Couple of Cuckoos.

Previously on A Couple of Cuckoos

Episode 13 focuses heavily on Nagi’s problem of deciding who it is that he actually loves between the three girls. He can’t stop thinking about it to the point that he can no longer concentrate during an exam. As a result, he ranked 13th in his class for the first time in his life, and that totally broke him. The fact that Hiro suddenly starts to ignore him after that only makes things worse.

It took quite some time, but finally, after some nagging, Erika managed to bring Nagi’s spirit back up. And as it turns out, Hiro is actually a bit jealous because Nagi relies more on Erika than on her. Thankfully, Nagi managed to talk to Hiro and explain his situation, and their relationship went back to normal again. As you can see, quite an uneventful episode.

Walls Are There To Be Overcome!!

The story of episode 14 can be divided into two different parts. The first part is way longer than the second one, but the second one is arguably more important than the first one. In the first part, Erika admits to Nagi that her grades at school are terrible and if she can’t fix it, her father will ask her to move out of the house and live back with her parents. So she asks Nagi to help her with her study.

Nagi was quite reluctant to teach Erika at first. He even gives up on her midway through the study session. But seeing her resolve, he finally agrees to teach her as best as he could. After that, the second part of the story focuses on Nagi and Sachi helping out their parents by selling food at a local festival.

This part is supposed to be about Nagi and Sachi having some quality time together. But then Hiro comes into the picture and asks Nagi on a date after the festival. While Sachi is visibly mad, that is not the main problem. The main problem is the fact that Nagi introduces Sachi as his little sister to Hiro. Because not long after that, Sachi is walking around with Erika when they stumble upon Hiro. And just like Nagi, Erika also introduces Sachi as her sister to Hiro. Now that is a problem.

The story of A Couple of Cuckoos has been moving rather aimlessly for quite some time now. While there are some good developments, there seems to be little to no progression at all to the overall story. But that’s all about to change thanks to the second part of episode 14.

As you might’ve read from the previous section, the fact that Hiro, an outsider, accidentally finds out about Nagi and Erika having the same little sister is a major plot development. It opens the door to so many possibilities of how the story will turn out in the subsequent episodes.

Because of this event, Hiro might finally know about Nagi and Erika’s situation. But if that’s the case, what about her own relationship with Nagi which has been going quite well until now? There are so many interesting places to take this story. So yes, the plot finally thickens.

A Fair Amount of Comedy

Unlike the previous episode, episode 14 actually tries to provide a better mixture of comedy and drama into the story. But they didn’t do it in a broader manner as they did in episode 12. Instead, they present the drama and the comedy in two different parts of the story.

The first part where Erika is struggling with her study is the one that has more comedy in it. While the second part where Hiro accidentally finds out about Nagi and Erika’s secret is where the drama actually happens. It would’ve been great if the show runners could blend the drama and the comedy like what they’ve done in episode 12. But using it in this manner is also quite a respectable attempt. After all, for a RomCom, a fair amount of comedy is better than no comedy at all, right?

While episode 14 couldn’t live up to the best episode that A Couple of Cuckoos has to offer, it still managed to do quite well. At the very least, it’s a lot better than the previous episode. Sure, it has its shortcomings, but a major story development coupled with a respectable amount of comedy resulted in a fairly enjoyable watching experience. And that great cliffhanger at the end of this episode means we can’t wait to see what will happen in the next episode. So, all things considered, it’s a quite good episode.

Vampyr Is Free On The Epic Games Store

BTS arrives in America and ARMY shares the same sky with...