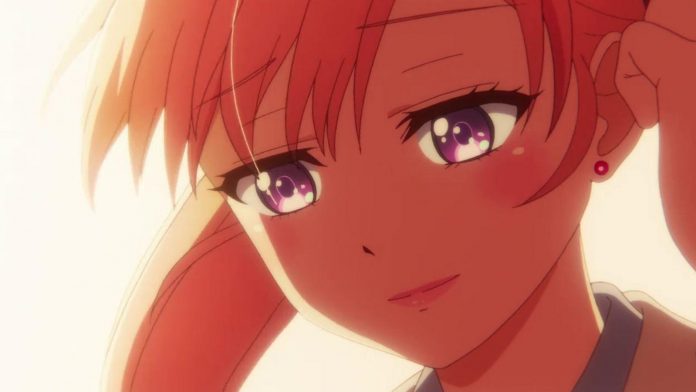 Below are spoilers for the 6th episode of “A Pair of Cuckoos”: “Will my fate change?” now broadcast on Crunchyroll.

Of the six episodes of “A Pair of Cuckoos” that have been released so far, five were good, and the last two are especially spectacular. So, all things considered, it was a pretty good run.

RELATED: A Pair of Cuckoos Episode 6 Review – Naked and Scared

A lot of interesting things happened in the previous episode. Let’s start with the most fun. Erica and Hiro planned to visit Erica’s house, the real one, not the one where Erica lives with Nagi. Thinking that he finally got the whole house for himself, Nagi undressed and walked naked all over the house.

Everything turned into chaos when Erica and Hiro suddenly entered the house. Wanting to hide the fact that she lives with Nagi, Erika tried her best to distract Hiro, while Nagi frantically hid all his belongings, remaining completely naked. The whole incident was so funny.

After that, Nagi and Erika went to visit Hiro’s house, which was apparently one of the largest temples in the area. We saw Hiro helping her parents as a priestess, and there was also a scene where Nagi told Hiro the truth about her engagement.

Episode 7 Story: Will My fate Change?

This episode is about a school trip to Kamakura. For the trip, each student must form a group and travel together. So Nagi, Hiro, Erica and one of their classmates, a boy named Shion, ended up in the same group.

To help Nagi spend more time with Hiro, Erika decided to chat with Shion, who is apparently a fan of Hiro. The plan actually worked out pretty well. Hiro and Nagi are free to collect temple stamps while Erica and Shion take photos for their social networks.

However, instead of being happy that he was able to communicate with Hiro, Nagi always looks at Erica and Shion, who are talking and laughing together. And then the episode ends with Erika and Nagi talking to each other on the beach, with the sunset behind them.

For the past six episodes, Nagi, Erika and Hiro have dominated screen time, with Erika appearing most often in the first three episodes and Hiro occupying the last three. Of course, other characters appeared here and there, for example, Sachi and their parents. But for the most part, we only see these three main characters on the screen.

Fortunately, we will see a new character in this episode. Shion may not have anything interesting going on right now, but he is the first classmate with whom the main characters spend quite a lot of time communicating.

Adding new characters is always helpful. Not only to expand the story, but also to develop other characters, as well as to make the world seem more alive. Hopefully we’ll be able to see more from Shion in future episodes.

If the previous episodes were dedicated to fun and comedy, then this one is dedicated to romance and drama. There are several cases where the two heroines seem to give some mysterious hints about their true feelings for Nagi.

As for the man himself, this episode makes it clear that even he does not really understand his feelings. This is an episode in which Nagi finds himself in a dilemma. He clearly suffers from acute longing for Hiro, but also unconsciously feels something for Erica. Judging by what is happening in this episode, it seems that everything will only get more complicated from now on. And that’s what we’re all here for.

In a sense, this episode has a completely different direction than the previous one. In episode 6, we got an ongoing comedy. On the other hand, episode 7 gives us an exciting drama. Both are good in their own way, but for those who like the atmosphere of the sixth episode, this one may not be so interesting to watch. That’s how it should be. After all, it’s a romantic comedy, so it should have both a hilarious comedy and a dramatic novel, right?

The first pictures of the resort immerse vacationers in the mystery...