Home Entertainment A Pair of Cuckoos Episode 11 Review – She’s Not Your Little... 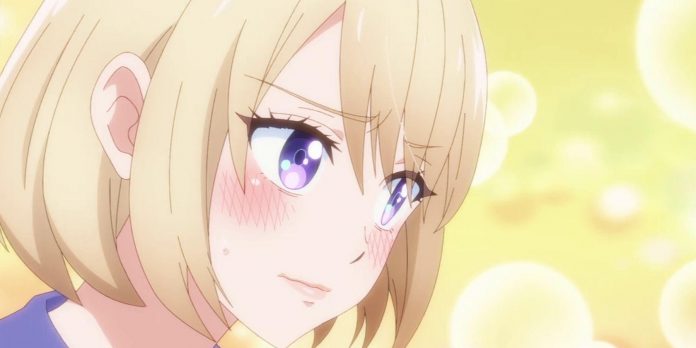 We’ve already established in the previous reviews that A Couple of Cuckoos likes to alternate between full-blown comedy and full-blown drama every two or so episodes. Since episodes 9 and 10 were quite hilarious, it makes sense that episode 11 is more serious.

That being said, the previous two episodes did try to bring a more balanced mix of comedy and drama to the story. There was a hint of drama and story progression amidst the thick fog of comedy. They haven’t got the right balance yet, but it was certainly a respectable attempt. So hopefully they’ve done the same thing in this supposedly more serious episode as well.

RELATED: A Couple of Cuckoos Episode 10 Review – Remember Your Parents

Previously on A Couple of Cuckoos

Episode 10 of A Couple of Cuckoos was all about the parents. Nagi and Sachi went shopping together to find the perfect gift for their mother. It turned out to be a rather difficult endeavor because they never really went out together before. Nagi usually turned Sachi down because he rather spent his time studying rather than going out and having fun with his sister. Not only that, they also couldn’t find a gift that would fit their mother’s personality.

As for Erika, well, she did spend some quality time with her mother at a public bath house. But then her father called and said that he would visit her. Erika was afraid that her father would ask her to move back with her parents. So she asked Nagi to accompany her aimlessly wandering around. That way, she wouldn’t have to meet her father. Unbeknownst to them, Erika’s father ended up talking to Sachi instead. He took her to a nice restaurant, and asked her about Nagi and Erika.

As expected, episode 11 tells a much more serious story compared to the previous episodes. The story in this episode is laser-focused on the relationship between Nagi and Sachi. It all begins the night when the house is completely pitch black due to the blackout caused by a thunderstorm.

Nagi is trying to find a flashlight or anything that can help them see better in the dark when he stumbles upon Sachi who just came into the house. Since they can’t see very well, they ended up falling and accidentally kissing each other. Nagi simply brushes it off afterward, but Sachi is visibly troubled by it.

Sachi is feeling upset not only because of the sudden kiss, but also because Nagi is still treating her like a little girl. He doesn’t see her as a woman at all. So Sachi ended up locking herself in her room and refusing to talk to Nagi. Sensing the tense and uncomfortable atmosphere filling the house, Erika asks Nagi what’s the problem. When he told her, she immediately understood the situation. Once she explains it to the bewildered Nagi, she asks him to patch things up with Sachi as soon as possible.

Relationship Progression on One of The Harem Candidate

As mentioned earlier, the target for the character development and story progression in this episode is Sachi. It is quite obvious that she has had feelings for Nagi for quite some time now. It is also rather obvious that the series put her as one of Nagi’s Harem candidates.

That being said, Nagi himself never sees her as anything more than his little sister. Sure, they are technically not biologically related, but he just can’t see her as a woman. This episode changed that. Through this kissing accident, Erika forced Nagi to admit that Sachi is no longer a little girl. She has become a woman now.

It doesn’t mean that Nagi knows nor recognizes Sachi’s feelings for him, but at the very least, now that he finally sees Sachi as a grown woman, the path for the Harem is finally opened up for Sachi. In the game of chess, this episode represents a small pawn move, but it is this move that will forge the path for checkmate in the future.

A Much More Focused Episode

In A Couple of Cuckoos, comedy-centric episodes usually have several storylines in one episode. For example, episode 9 has three different stories, while episode 10 has two distinct stories. The drama-centric episodes, on the other hand, usually focus on one dramatic storyline. That is precisely the case with this episode.

Comedic episodes have been outperforming the dramatic ones so far, but those segmented storylines could get really boring fast. The reason is that it feels like the story is lacking focus and simply going nowhere.

That is why watching an episode that is dedicated to tackle one thing from start to finish like this one is a superb change of pace. Not to mention they also manage to slip in several comedic moments in this episode to lighten things up a bit. Although 80% of the story is still about serious matters, the 20% comedy is enough to keep things light and entertaining.

The dramatic romance is usually the parts where A Couple of Cuckoos failed to deliver. They always excel at comedy. However, this episode finally changed that trend. Episode 11 seems to find that perfect combination of delivering a serious drama with a dash of lighthearted comedy on top. It is truly an entertaining episode to watch. Hopefully the next one will be as enjoyable as this one.

Black Friday Deals: Get 12 Months Of PS Plus With A...

FBoy Island: what kind of relationship remained in the second season...