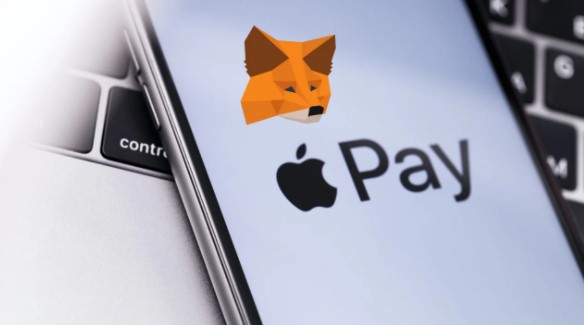 The popular Ethereum-based crypto wallet MetaMask has expanded to the Apple ecosystem by launching a new integration for payments. The leading cryptocurrency wallet with this update for mobile version 4.3.1 will allow users to buy cryptocurrencies in their wallets.

However, Apple Pay does not support direct crypto payments with MetaMask integration. Therefore, users will also need to use Wyre, which is integrated with Apple Pay.

With this update, users will no longer need to send ETH to the app in advance, and they will be able to purchase cryptocurrency using debit or credit cards. Apple Pay users can deposit no more than $400 per day into their wallets using their Visa or Mastercard card and the Wyre API.

On the other hand, MetaMask uses the Transak payment platform so that users can buy cryptocurrency using credit or debit cards. However, those who want to use any of the payment platforms must go through the KYC (know your customer) process.

Another important feature of the update is that some transactions may even be without gas if they are performed on a private blockchain or if the project pays for gas on behalf of the user.

Being one of the best wallets for cryptocurrency trading, MetaMask is a target for hackers and scammers. ESET, a cybersecurity company, recently unveiled a detailed plan to distribute fake wallet applications to Android and Apple mobile devices.

The study notes that the plan has been in effect since May 2021, and fake wallet applications for MetaMask, Coinbase, Jaxx and Trust Wallet have spread across social media groups on Facebook for targeted Chinese users.

Analyst: Check out AVAX and these 4 altcoins in the bear...