Huawei Nova 7 SE was first introduced to users as a 5G compatible phone with a Kirin 820 processor. However, after a while, Huawei stopped selling the Nova 7 SE, and it was stated that the phone could be re-released with the Dimensity 800U processor after a short time. The official release date of this new version has finally been announced.

According to a leaked image, the new version of the Nova 7 SE will be released on October 16th. This version will become official as Nova 7 SE Vitality Edition.

In the smartphone, the Dimensity 800U processor is accompanied by 8 GB of RAM and 128 GB of internal storage. There is no change in other features. In the quad camera system, the 64 megapixel sensor is the main camera. An 8-megapixel ultra-wide-angle camera, a 2-megapixel macro camera and a 2-megapixel depth sensor complete the system. On the front of the phone is a 16 megapixel camera. The 4000 mAh battery has 40W fast charging support. 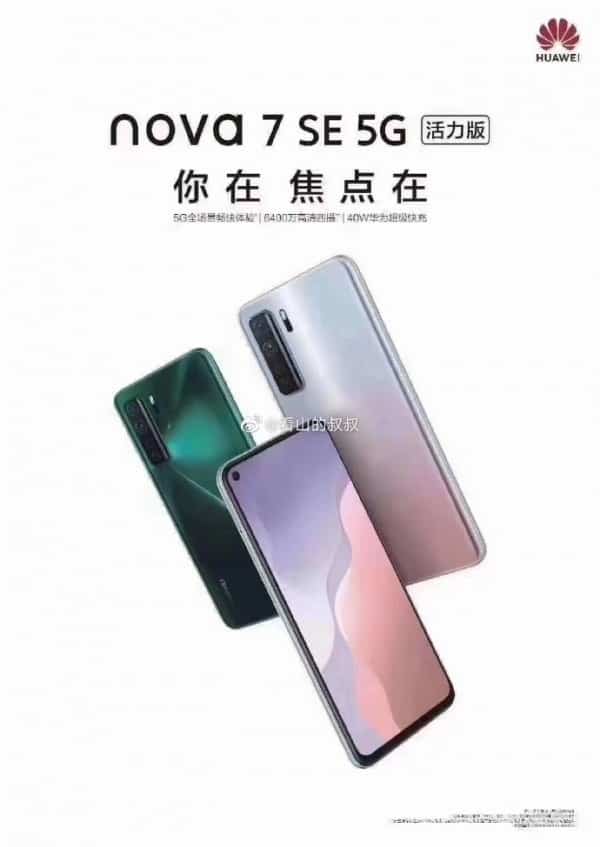 Nova 7 SE, the most affordable option of the Nova 7 series, appeared in April. The smartphone was available in China at prices ranging from 2300 to 2800 yuan.

Huawei Nova 7 SE will likely offer similar performance to the Kirin 820 with the Dimensity 800U processor. Therefore, it is not expected to make a concrete change in the price of the phone.

Netflix trial is back! But with a difference

The Last of Us Part 2, digitally bestselling PS4

BLACKPINK’s Jennie will travel on a satellite around Earth

An Image Allegedly Belonging to the PlayStation 5 Interface Appeared