Home Tech A New System Has Been Designed That Can Destroy Dangerous Asteroids Approaching... 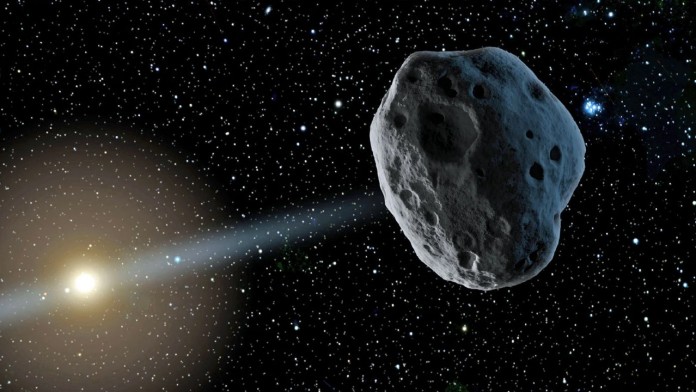 A new system has been designed that can protect our planet from asteroids. With the new system, it was claimed that asteroids could be destroyed in just days or even hours depending on their size.

Asteroids have the potential to wipe out all life on Earth and even destroy the planet, just like the dinosaurs 65 million years ago. Fortunately, however, technology and science have advanced a lot since the dinosaurs were wiped out millions of years ago.

We now have technologies that scan the sky to detect potentially dangerous asteroids for Earth. Of course, it’s not just about detecting asteroids: As those of you who watched the movie Don’t Look Up will remember, if we were to detect an asteroid on a collision course with our planet, we probably wouldn’t have enough time to respond to it. That’s why NASA is conducting research for a defense system that can destroy an asteroid that could destroy the Earth days or weeks before.

NASA’s Near-Earth Object Observations (NEOO) Program has detected 28,000 celestial bodies so far; however, detecting these objects alone is not enough. If we are going to detect a huge asteroid heading towards our planet, we need systems to defend ourselves to get rid of it. NASA’s DART mission is working on exactly this right now. It aims to change the direction of the asteroid named Didymos B, which does not pose any threat to the Earth with its DART mission, for testing purposes.

However, there is a problem that for this method to work, we need to know about the existence of the asteroid months or even years ago. Considering that our discovery of asteroids is usually only after huge rocks get close to our planet, this means that the DART system is insufficient at some point.

Here, the new Terminal Defense method for Humanity named ‘Pi’ aims to eliminate this time problem. Designed by Philip Lubin, an engineer at the University of California Santa Barbara, the project, unlike DART, aims to “destroy” the asteroid rather than deflect it.

With the Pi system, it is aimed to destroy asteroids in a much shorter time.

Pi is based on the principle of firing a series of small sticks at the asteroid and breaking the asteroid into much smaller pieces that will burn harmlessly in Earth’s atmosphere. Depending on the size of the asteroid, these piercing rods could be sent in 10 x 10 arrays each with a mass of 100 kg (220 lb) or in 50 x 50 arrays of 40 kg (88 lb) each, launching several waves of missiles at an asteroid, and the system’s nuclear It is stated that it can be strengthened with weapons. On the other hand, Lubin notes that the Pi can be deployed to the Moon in order to reach the target quickly.

According to Lubin’s calculations, a 50-meter asteroid could be stopped only five hours before it hit the Earth; It is stated that the destruction of a 100-meter asteroid can be destroyed within 1 day. It is even claimed that it will take 10 days to destroy the 370-meter-long Apophis asteroid, which is expected to pass by the Earth in 2029 and that conspiracy theorists claim will bring the end of the world.

Of course, it should be noted that the Pi system is still just a concept. However, as NASA’s interest in the project increases, Pi may be of great importance for the defense of our planet in the future.