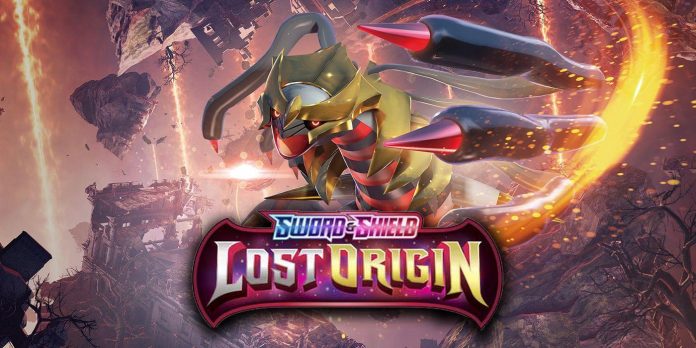 The third Sword and Shield expansion for the Pokémon Trading Card Game 2022 leaked online after the official Pokémon Center store mistakenly posted images of the TCG set. After the release of the Astral Radiance TCG expansion in May, many collectors were curious about what the next set of Pokémon TCG cards would be this year. While there are currently no dates available, an accidental leak has provided a glimpse into what can be expected in the coming months.

In April, fans got their first look at the new Pokémon TCG add-on when the new Japanese Dark Phantasma set was announced. The set of cards is closely related to Pokémon Legends: Arceus, including Hisuian Zoroark and Hisuian Electrode. This is especially interesting for those who wanted more forms of Hisuan Pokemon in Astral Radiance, since the previous set was mainly focused on Clivor, Basculegion, Snizler and Virdir.

However, the Pokémon TCG PokeGuardian website tweeted that the Pokémon Center store had mistakenly uploaded an image of the upcoming Pokémon TCG expansion. According to an image found on the Pokémon website, the next Pokémon Sword and Shield TCG extension is called Lost Origin. The picture also shows the Build & Battle Stadium product, which will be available as a product when the new set is released later this year.

The product image in Pokemon Center USA accidentally showed the following set of Lost Origin sword and shield. The illustrations for the logo of the set and the booster set have been published.

We will, of course, tell you about this set as soon as Lost Origin is officially presented.

Unfortunately, apart from the name, the leak of Pokémon TCG Lost Origin does not contain additional information about release dates or potential lists of cards. However, judging by the cover of the box, the set will feature the legendary Pokemon Sinnoh’s Diamond and Pearl Legendary Pokémon Giratina. Since the mysterious legendary ghost-type card also appears in Pokémon Legends: Arceus, the new set may include additional references to the game, for example, a card for the antagonist Volo, or perhaps the addition of more cards to the “Radiant” Pokémon, which were presented in the “Astral Radiance” set.

Based on previous release cycles, the Pokémon TCG Lost Origin expansion may be released around the end of July. Astral Radiance, released in May, went on sale three months after Brilliant Stars in February. However, if the new set follows this schedule, Lost Origin could become one of the last released extensions of Pokémon Sword and Shield. In June for November of this year, the Pokemon Gen 9 Scarlet and Violet were announced. Because of this, Pokémon Trading Card Game may start issuing new generation cards after the release of Lost Origin in the summer.

TWICE Will Release Their Song in English ‘The Feels’