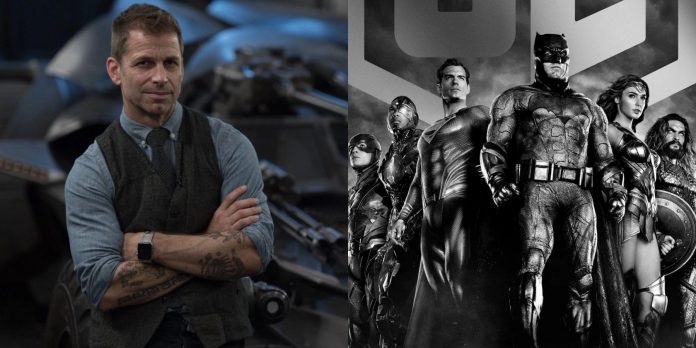 The findings of an internal report commissioned by WarnerMedia claim that a large number of fake accounts and online bots helped ignite an online campaign to release Zack Snyder’s “Justice League.”

After years of Zack’s “Justice League” fan campaign ​​​​Snyder was released on HBO Max, which finally allowed the director to present his original vision of the film. While many touted this release as a victory for passionate Snyder fans, the report suggests there was more to the Justice League campaign than meets the eye.

link: Zack Snyder May Have Teased the Return of Henry Cavill as Superman

According to a Rolling Stone article, WarnerMedia has hired two firms that specialize in tracking unreliable social media activity to investigate the SnyderVerse online community. According to reports, at least 13 percent of the accounts that participated in the Snyder Cut of Justice League campaign were found to be fake. According to experts, this is much more than the three to five percent that social networking sites usually see in any relevant topic. Rolling Stone has also spoken to several insiders about the campaign and its origins, and some of what is claimed is pretty damning.

The article claims that several sources who spoke to Rolling Stone said that when Snyder tried to remove the names of producers Jeff Jones and John Berg from the film, he confronted the studio’s post-production department head and said he would “destroy them.” in social networks.” The article goes on to claim that Snyder played an important role in fueling a heated online campaign, and one source even calls the director “Lex Luthor wreaking havoc.” Another source claimed that Snyder and actor Ray Fisher, who plays Cyborg in the film, worked together to discredit Jones and Berg and cause fan outrage against the studio. It should be noted that Snyder called these statements “absolutely untrue,” and Fischer’s representatives did not respond to numerous requests from Rolling Stone magazine for comment.

Fake accounts and online bots have played an important role in many online campaigns, including everything from The Snyder Cut to the 2016 presidential election. Nevertheless, the level at which they were used for Zack Snyder’s “Justice League” seems unprecedented. Toxic fandoms are also nothing new in the world of major franchise films and TV shows, but the level of commitment of some fans to the ReleaseTheSnyderCut campaign was truly shocking.

However, since many of these claims will be difficult, if not impossible, to confirm, it is unlikely that the general public perception of the SnyderVerse fandom will change in any significant way. For some, this online movement will forever be remembered as a passionate appeal by fans and a struggling artist, while for others it will be remembered as a poisonous campaign of online harassment aimed at everyone from film critics to top managers of Warner Bros. .