Home Entertainment A New Generation Update of The Witcher 3 Will Be Released in... 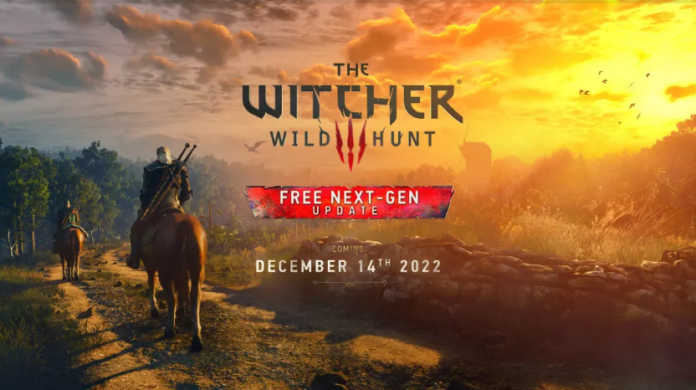 In short: It’s been over two years since CD Projekt Red announced work on the next generation version of The Witcher 3: Wild Hunt. Fortunately, gamers won’t have to wait long, as the update will be delivered just in time for the holidays.

Earlier today, the official Twitter account of The Witcher confirmed that the next generation update will be released on December 14. In a separate CD release, Projekt Red announced that the update will include dozens of visual, performance and technical improvements over the original game, including support for ray tracing faster loading times on consoles and mods integrated into the experience.

Gamers can also count on new content inspired by The Witcher series from Netflix.

The next-gen update for The Witcher 3: Wild Hunt is coming on December 14th, free for everyone who already owns the game.

For more details and gameplay reveal, tune in to REDstreams next week on https://t.co/IpFERTohi9. pic.twitter.com/fg3yfGeNih

The free next-generation update will be available to anyone who has any version of the original game on PlayStation 4, Xbox One or PC. For those who don’t have the game yet, the next—generation version of The Witcher 3: Wild Hunt – Complete Edition will be released digitally on PS5, Xbox Series and PC with all the free DLC released to date and both major expansion packs: Hearts. stone and blood and wine. The digital release will be followed by a physical release, but CD Projekt Red did not name a launch date.

The studio also mentioned the update of The Witcher 3 version for PlayStation 4, Xbox One and Nintendo Switch, which will include many additions and improvements. We have been informed that additional details about this separate update will be published in the near future.

Initially, the next-generation update was supposed to be released in 2021, but it was postponed to the second quarter of 2022. In April of this year, the studio behind the popular 2015 role-playing game postponed the launch until further notice. Less than a month before, we learned that a new Witcher game is in development and is being created on Unreal Engine 5.

Next week CD Projekt Red will broadcast on Twitch with more details and gameplay from the next generation update.

The Picture-in-Picture feature on YouTube is available to all iPhone users...