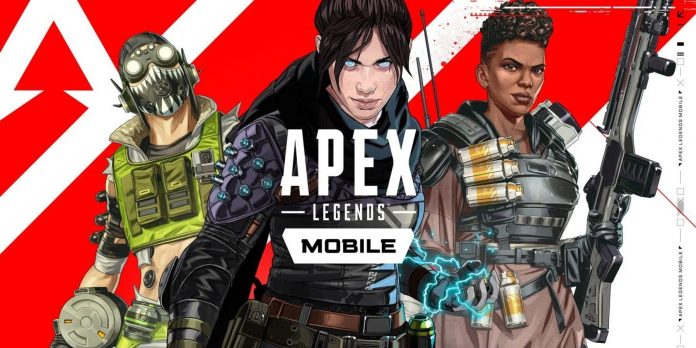 Apex Legends Mobile has only recently been released, and most of its current meta is currently being solved. The game continues to evolve, even in the recent season update, Loba has been added. However, the game has a long way to go before it ever catches up with the main game in terms of content. However, Apex Legends Mobile is clearly not following the same path.

RELATED: Every Apex Legends Character Without an Heirloom

It should be noted that Apex Legends seems to be a pretty leaky ship: several characters for the main Apex game have recently leaked. This included Newcastle before its launch. The latest leak came from ThatOneGamingBot, who has been reliable in the past, and he says a new character named DJ, also known as Rhapsody, will join the mobile list.

ThatOneGamingBot does not offer a Rhapsody image, but shows several related in-game cosmetics, including UI elements, a holographic spray, and more. The important thing is that Rhapsody looks like it will have a robot dog as part of its kit, and it will be called Nebula. ThatOneGamingBot compared it to a Crypto drone. Nebula is obviously a dog, but not super realistic, with speakers built into her head.

It is unknown if they will be the characters of the second season or they are in development much earlier, but judging by the name and design of Nebula, it is easy to assume that they may have sound-based abilities. In fact, it’s entirely possible that Nebula will be able to distract enemies by making sounds or simulating gunshots—something that sounds familiar to a previously leaked character that was eventually disposed of. Indeed, fiddling with sound and noises can be very disorienting and possibly an OP in the base game, but perhaps it will fit well into a mobile game.

Of course, it is still unknown what the Rhapsody kit might be. The only real hints come from Nebula and his name, but if he’s really based on sound and noise, it’ll be interesting to see how he shakes up the Apex Legends Mobile meta whenever he releases.