Home Crypto A new development for the Metaverse world: The Council has been created! 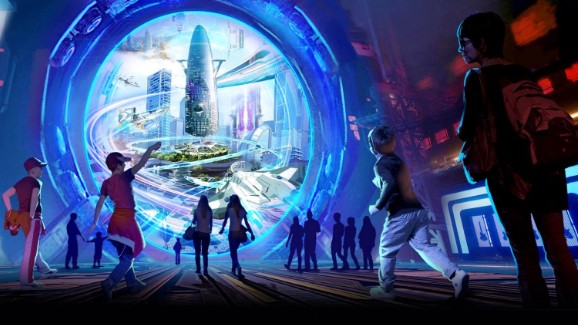 Aiming to become the headquarters of the esports ecosystem, the Global Esports Federation has created the Metaverse Council to form specific metaverse development initiatives for its global communities. However, in the statements made, it was reported that the council would consist of blockchain experts and NFT developers.

The purpose of the created Council

Paul J. Foster, CEO of the Global Environment Facility (GEF), said: “We have created the GEF Metaverse Council to develop ideas, voice, shape our metaverse reality and access limitless opportunities for our community.” made statements.

Among the statements, it is said that the council will be headed by Hugo Filion, CEO of Flare, a blockchain interaction project. As a result of writing technical documents, Flare claims to have prepared “a scaling mechanism for smart contract networks without relying on economic security mechanisms.”

In addition, it is claimed that Filion was chosen as the chairman of the council, given his ability to solve issues related to several networks, rather than being an expert in one network, and this will give the council some seriousness.

Council President Hugo Filion said of esports in a statement: “Esports offers a world of limitless potential and opportunities for blockchain applications.” he added his testimony.

On the other hand, it is said that there is a lot of discussion about whether the concept of the Metaverse will be well received by the esports community in the long term. In addition, Melvin Kuek, Vice President of the GEF Metaverse Council, used the following words in his speech:

When the metaverse is mentioned, three words come to mind; game, community, and inclusion.

The community, which does not agree with the statements of Melvin Kuek, claims that many game projects on the blockchain are far from “inclusivity” with huge paid access that prevents investors from enjoying the game.

In addition, some projects, such as Gensokishi, have stated that MMOs will bring a three-dimensional world to blockchain games and the metaverse. However, despite all this, part of the gaming community expressed dissatisfaction with the addition of blockchain elements to games.

What Happens to XRP If Ripple Eliminates?