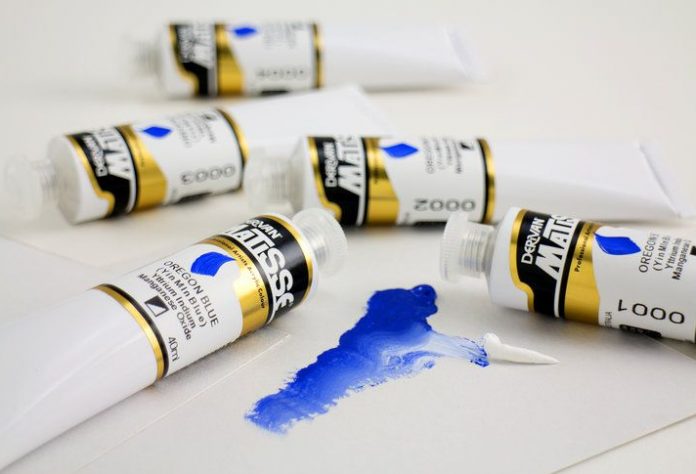 Discovered in 2009 and approved for commercial use in May 2020, “YInMn blue” has finally begun to be sold. The price tag for the pigment is pretty crazy right now.

By May 2020, YInMn blue was approved for commercial use by the United States Environmental Protection Agency. As a result of the months after that approval, the blue pigment is now on sale. The powder version of the pigment is not yet approved for public consumption.

The new blue pigment is on sale:

YInMn blue, a first in 200 years, has managed to attract the attention of artists as well as commercial paint manufacturers. The US Environmental Protection Agency approved the use of pigment in coatings and plastics in 2017. However, approval in May 2020 was required for the pigment to go on sale.

Industrial companies are also keen on the new blue pigment. The reason for this lies in the properties of the pigment. YInMn blue reflects most of the infrared radiation. This makes it easier to comply with the environmental regulations applicable to building materials in the USA.

The name of YInMn blue comes from the chemical components that make up it: Yttrium (Y), Indium (In) and Manganese (Mn). The pigment absorbs red and green wavelengths while reflecting blue wavelengths. Thus, a bright blue color emerges. According to the artists, the new pigment fills a gap in the color range.

The last blue pigment discovered and commercially produced before YInMn blue was cobalt, discovered in 1802 and started to be produced in France in 1807. Cobalt increases the risk of poisoning when consumed in large quantities, but it does not reflect heat well and loses its color over time. The new color is much more durable than cobalt. The pigment goes on sale in 40 milliliter tubes for $ 179 each.