Home Entertainment A neat clip of The Last of Us Part 1 shows a... 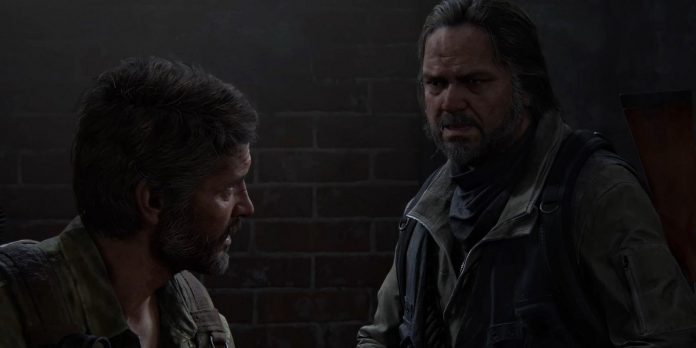 Naughty Dog has redesigned the game from scratch, paying great attention to visual effects and character models. The Last of Us Part 1 also contains gameplay improvements, and users can choose between different graphics modes depending on their preferences. Although it doesn’t have all the new tricks and other improvements introduced in The Last of Us Part 2, this version is probably the best way to get to know the story. Now one player has uploaded a new clip with an impressive series of events.

A user under the nickname dmoar31 uploaded a clip of catching a brick in the air. It shows Joel and Ellie exploring the area and bumping into a tripwire on their way to their destination. The player sees a bottle and a brick nearby, probably planted by Naughty Dog in case users don’t have a brick to throw at the tripwire. Joel takes the bottle and throws it, and the brick flies as soon as the explosion occurs. Right at this moment, Joel catches a brick in the air as Ellie comments on the incident.

Have you ever caught a brick in the air? from telastofus

Other players express their surprise that Joel caught a brick, and one stated that he gave five dmoar31. According to dmoar31, this feature was not in either the original or the updated version of The Last of Us, and it looks like it was recently added to the PS5 remake. Another fan uploaded a video of Ellie catching ammo in the air in The Last of Us Part 2, so users believe that Naughty Dog brought this when they remade the game. One player jokingly claims that the brick is too powerful to explode, but the rest of the commentators seem impressed with the footage.

Fans have found out other interesting details added to The Last of Us Part 1. For example, it shows that Joel is 51 years old and he is taking medication for anxiety, stomach ulcers and high blood pressure. More details about all the improvements Naughty Dog has made to the game will probably be revealed in the coming months as fans explore the world of The Last of Us Part 1.

The Last of Us Part 1 is now available for PS5, a PC version is also in development.

Bayonetta 3 Makes A Big Comeback With A New Trailer; Will...