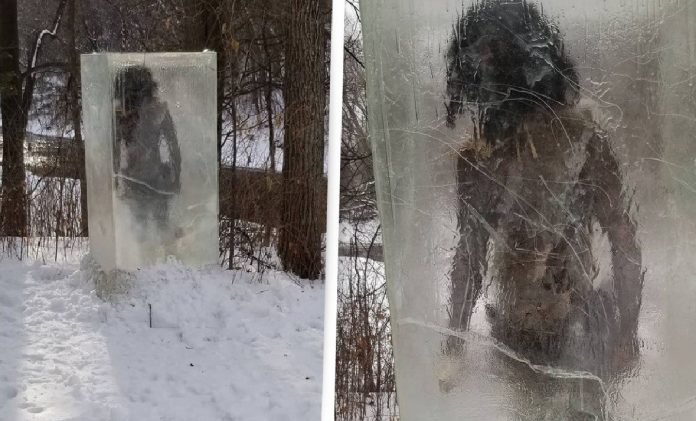 As you know, monoliths, whose ownership cannot be explained, have started to appear in different parts of the world since the last year. People walking in a park in Minneapolis, USA, this time encountered an ice monolith in the middle of the park.

Inside the monolith was a frozen caveman. Unlike the previous ones, this time it was clear who this monolith belongs to and how it came about. Turns out the iceman sculpture was designed by an artist named Zack Schumack.

The plastic sculpture was previously designed for another event

Schumack stated that he made this plastic sculpture for a different event, but had to remove it to the garage after the event was over. Stating that it is difficult to ignore the decaying of the statue in the garage, the artist decided to share it with the people of Mineapolis.

Exhibited in a park called Theodore Wirth in Minneapolis, this sculpture started to attract great attention by people walking in the park. The artist stated that thanks to this sculpture, he revealed something interesting enough to allow people to lift their heads off the television during the epidemic period, and that people became more willing to take a walk.

This Altcoin Is Valued 3X In One Day: What Is MahaDAO...