Home Entertainment A mini-game about fishing with Big The Cat will appear in Sonic... 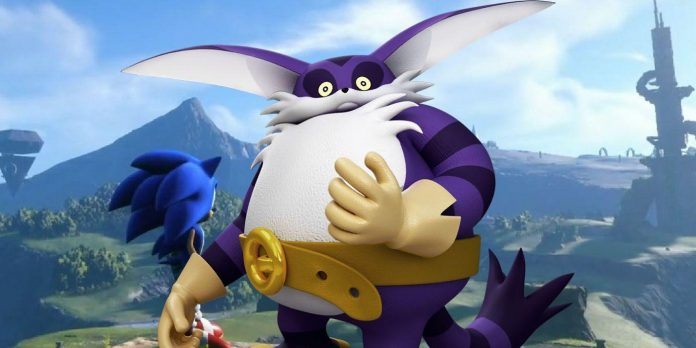 In the upcoming Sonic Frontiers game, you will find the unexpected return of the Big Cat and a new mini-game about fishing. Fans first met this simple-minded but incredibly loyal feline in Sonic Adventure 1999, where he was looking for his pet frog after it swallowed the tail of an ancient Chaos monster, and in the process became involved in Dr. Eggman’s latest sinister plan. .

Unlike the fast-paced platformer that usually takes center stage in the Sonic The Hedgehog series, the Big sections in Sonic Adventure consisted of a more leisurely fishing mini-game in which players caught fish (and Froggy) by casting bait and patiently waiting. their prey to bite. Both this slower fishing gameplay and the general characterization of Big caused controversy among fans, and the well-meaning cat practically disappeared from the franchise after his return as part of Team Rose in Sonic Heroes 2003. While Big has appeared several times in side games such as Team Sonic Racing and the Mario and Sonic At The Olympic Games series (not to mention other related media such as Sonic X and many Sonic The Hedgehog comics), he has yet to return to the spotlight as he did in the era of Sonic Adventure.

However, a leak from the upcoming release of Game Informer confirms that Big the Cat is returning to Sonic Frontiers — and he will bring some fishing with him. Twitter user Regularpanties pointed to the cover section of Game Informer, which will be released soon (via PCGames), which states that players will be able to collect purple coins scattered throughout the open world of Sonic Frontiers on the Starfall Islands, which can be given to the Big One to unlock fishing missions. By completing these fishing sections, players can earn tokens that can be spent on “Portal Gear fragments, voice diaries, vault keys, or even sequence items such as Amy’s collectible Heart.” These Portal Gear fragments will be used to unlock levels such as the classic Sonic Frontiers Cyber World missions, so Big fishing segments can become an important part of the Sonic Frontier gameplay.

SEGA first unveiled the latest installment of the long-running Sonic The Hedgehog franchise during a live broadcast of the December 2021 Game Awards ceremony, where the Sonic Frontiers trailer showed Blue Blur running through a colorful open world that was quickly compared to The Legend of Zelda: Breath of. Wild. Later Sonic Frontiers gameplay trailers will feature more Starfall islands as Sonic explores its many ruins and battles a new set of enemy robots with a robust combat system. Not much is known about the history of Sonic Frontiers yet, although the author of the Sonic Frontiers dialogues and the long-time author of the Sonic The Hedgehog comics, Ian Flynn, recently hinted that the notorious Dr. Eggman will appear again.

With the return of such popular characters as the Big Cat and Dr. Eggman, it is likely that Sonic Frontiers will give fans of both old and new Sonic games a lot of exciting adventures. The exact details of Sonic Frontiers’ fishing mechanics aren’t quite clear yet, but fans who haven’t seen Big the Cat have something to expect when Sonic Frontiers is released later this year.

Peaky Blinders: 10 Films and Series in Which The Cast Has...