Home Entertainment A Minecraft Player Built a TNT Launcher So Powerful that It Ended... 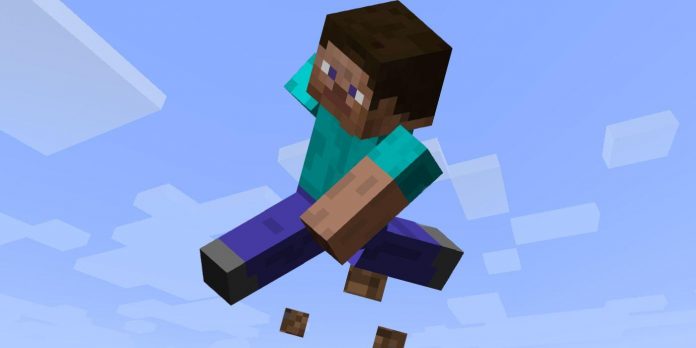 The Minecraft player constructed a reliable and seemingly sophisticated TNT launcher that successfully launched them outside of the game atmosphere. Fans of Mojang’s beloved sandbox survival game are still pushing the boundaries of their own creations a decade after its release. From fan–created mods to frequent updates, such as the June update of Minecraft The Wild, players are constantly finding new interesting ways to interact with the environment.

Since the first release of Minecraft in 2011, players have sought to use various Minecraft blocks, creatures and biomes in the most creative and impressive way. The Wild update is no exception, especially since it has added completely new blocks, mobs and tree type to the voxel world. New elements are interesting, and players are already creatively approaching them, but more advanced elements, such as the red stone, are most often used to create more complex and interactive assemblies, such as the active red stone escalator in Minecraft.

Recently, another talented Minecraft player used some advanced and sophisticated elements to build an extremely powerful TNT launcher. Reddit user Rodricoris posted a video about how they use the TNT launcher. The launcher is made of Redstone and other components that create a dispenser for the forced release of tons of TNT into the water below them. As soon as TNT explodes, you can see how the player is launched about 5000 blocks into the air, which, according to other players, is about 40,320 meters, that is, Rodricoris will be outside the Earth’s atmosphere.

It’s not a joke, but it’s funny to watch Rodricoris fall to the ground for a whole minute typing random quotes in the chat. Players have been creative with TNT in Minecraft before, even creating working tanks and other creations, but what’s especially shocking about this launcher is that it appears to be only 1/8 of its power. Although Rodricoris stated that using full power would cause the game to crash, it would be interesting to see how far that would launch them into the air. The Minecraft subreddit community reacted positively to this creation, and many asked how they could build it on their own.

Community creations like this TNT launcher in the Minecraft base game are always impressive and require a lot of talent and dedication to pull them off. While many players are happy with using the tools already available in the base game to create unique creations, some have also started using mods to become more inventive. One of the most popular collections of mods to download is The Better Minecraft Modpack, which has created many interesting and unique creations of the community that cannot be created even with the use of advanced elements. In any case, it’s interesting to see what new updates and mods for Minecraft will inspire the community to create the next ones.