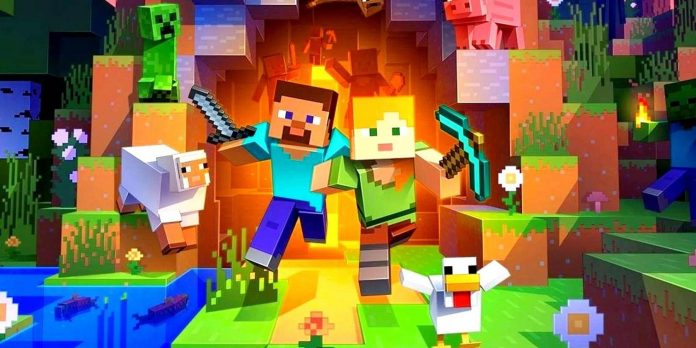 As for games, the popularity of Minecraft can be partially evidenced by the fact that it is suitable for all ages. As an open-world game that children can enjoy, the name of the Mojang sandbox encapsulates the very essence of the term “for the whole family”. It has massive appeal and is also very enjoyable to download. Its influence and its appeal to the family is such that some people go so far as to confuse the concept of the game with their real family.

This is what user Eter1817 did. In a recent post on the Minecraft subreddit, they uploaded an image showing a collage of additional images. The central one is a photo of their family, and the rest are redraws of all their members, but made in the style of the game. Not only is it a pretty great job overall, but the stylized image conveys the immediate recognizability of the game, while maintaining the idea that it is based on this family photo. Other people in the thread left laudatory comments to the user, especially for how they captured some aspects of the game.

Perhaps that’s what makes this image quite remarkable. Besides being drawn in the blocky style of a crafting game, it also features family members as some of Minecraft’s most famous mobs. In particular, there is one image in which everyone looks like villagers, and another in which they are shown as creepers painted green. When asked which texture pack they used to create the images, Eter1817 jokingly replied that they used “real life”.

Minecraft Portraits of my family from Minecraft

As a video game with almost infinite replay value, Minecraft has managed to maintain its position as one of the most successful releases of all time, largely due to its creative aspects. There’s so much to do and see in the game that the fact that it’s been around for over a decade doesn’t seem to have slowed down its popularity. At the moment, this is considered one of the most useful things in games.

However, not everyone is happy with the game right now. Some in the community have expressed concern about the new chat messaging system that has come into effect. Mojang stated that it would not abandon this policy despite the backlash, with some feeling that in-game chat messages could easily be taken out of context. Beyond this ugliness, this Reddit user has demonstrated that Minecraft’s creativity can easily infiltrate the real world, often with interesting results.

Minecraft is available on PC, PS4, PS5, Xbox One and Xbox Series X/S.