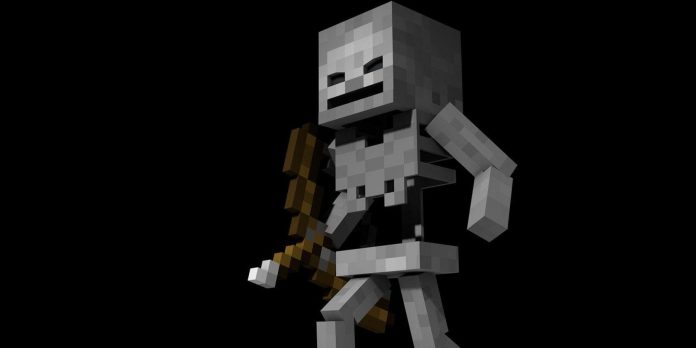 Minecraft was fully released in 2011, and its decidedly simplistic blocky world and visual design was a revolution in the era of gaming, when every AAA game required more and more graphical precision. It is thanks to this special artistic style that Minecraft has not become outdated visually, like many other games of 2011. The simple but incredibly deep mechanics of Minecraft have also managed to maintain the incredible popularity of the game for over a decade.

The visual style of Minecraft has been used to create many incredible game builds. But many fans often wonder how the game’s blocky visuals can be translated into a more realistic art style.

Minecraft contains a variety of enemy creatures, which are mostly cubic recreations of recognizable creatures and monsters, but the game’s blocky visuals go beyond what can be an incredibly creepy design. But now a Reddit user named Roman Temples has created a diorama that translates some of these monster designs along with the player character Steve into a more realistic visual style. The Novel’s diorama shows Steve attacking one of the spider skeletons in Minecraft, with realistically stylized drawings showing off a lot of creepy details that get lost in Minecraft’s blocky visuals.

The diorama conveys details that will be recognizable by Minecraft players, although they may have seen them before only in the iconic in-game art style of Minecraft, for example, flowers on the ground or a diamond pickaxe owned by Steve. But Roman Khramov’s diorama also adds a lot of details that could never be depicted in blocky Minecraft visuals, such as individual blades of grass or creepy hairs applied to the spider’s body. Fans have created realistic versions of Minecraft before, but to depict the artistic style of the game in an intricate real diorama is really impressive.

The most impressive aspect of Roman Khramov’s diorama is how they managed to preserve the block element from Minecraft’s in-game design, while at the same time relying on a lot of details that are only implied by in-game models, such as Steve’s goatee or spider’s drooling mouth. Khramov’s skeleton model also resembles the famous skeleton models from the 1963 film “Jason and the Argonauts”, which were brought to life by the legendary animator Ray Harryhausen. Viewing Roman Khramov’s previous posts on Reddit shows that he is an extremely talented diorama creator with the ability to create horror-inspired designs.

The simplified visual effects of Minecraft do not prevent the game from often holding a very oppressive and frightening atmosphere, especially when the player is deep underground. The lonely atmosphere of the Minecraft single player game has not gone unnoticed by many players, and many mods have been created that turn Minecraft into a full-fledged horror game.

Minecraft is now available for mobile devices, PC, PS4, Switch and Xbox One, as well as for legacy platforms.