Home Entertainment A member of the “Law and Order: Organized Crime” crew died after... 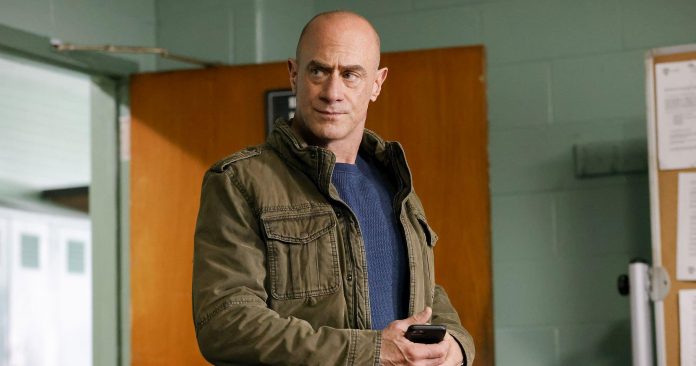 A member of the crew who worked on the New York set of “Law and Order: Organized Crime” died from a gunshot in his car on Tuesday, July 19.

“We were terribly saddened and shocked to learn that one of our team members was the victim of a crime early this morning and died as a result,” an NBC and Universal Television spokesperson said in a statement to Us Weekly. “We are working with local law enforcement agencies as they continue to investigate. Our hearts go out to his family and friends, and we ask you to respect their privacy at this time.”

According to police reports, the victim, who was 31 at the time of death, was a parking attendant. He was sitting in a car on the set of a New York City show in Greenpoint, Brooklyn, around 5:15 a.m. when he was shot. Forty-five minutes after he was rushed to the hospital, he was pronounced dead. According to the deadline, the man has not yet been identified pending notification of the family. Production was stopped until the end of the day.

The revival of “Law and Order”: everything you need to know

The tragedy occurred two months before the premiere of the third season of the procedural drama, which is scheduled to premiere in September.

The premise of the show revolves around Stabler’s new position in the Organized Crime Task Force, where he is desperately searching for his wife’s killers.

61-year-old Meloni left SVU after the 12th season of 2011 and has no regrets. As for how much he missed the series in which he played Stabler for 13 years, the Washington, D.C. native said, “Zero.”

“I have no problem admitting it. But I was pleasantly surprised that everything turned out as well as it was,” the actor, who played the main role in “True Blood” and “The Handmaid’s Tale,” said in an interview with Entertainment Weekly in 2021. “I have to say, the past decade has been everything I could have hoped for.”

Daniel Monet Truitt, Christopher Meloni and Ainsley Zygier on the set of the film “Law and Order: Organized Crime”, May 12, 2021 in New York. MediaPunch/Shutterstock

However, ten years after his departure, Meloni not only returned to SVU, but also returned with his own show, Organized Crime. What made him decide to take Stabler’s place ten years later?

“When [L&O creator Dick Wolf] introduced this more serialized expression of his latest idea for the show ‘Law and Order,’ I really thought it was kind of a stroke of genius,” the “Man of Steel” star told TCA Summer. Press tour in September 2021. “I didn’t think he was thinking about it at all. I was pleasantly pleased, surprised and excited when I received the offer, and it was only based on the type of narrative that OK allows us. I just think it allows for a deeper analysis of characters, relationships and the like.”

Stars who left “Law and Order: SVU”: where are they now?

As soon as he put on his favorite character’s badge, Meloni told EW, he immediately knew he was back where he was supposed to be.

“It was wonderful, an amazing feeling of freedom,” the NBC star shared. “It was a very interesting feeling, because I rarely experience it. It was just a strange sign that everything was fine and I was in my place.”

Halo: game based series will be published by Paramount +