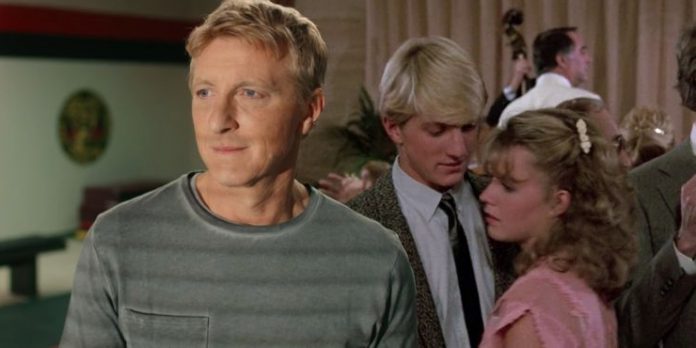 The Cobra Kai season 2 finale left Karate Kid fans around the world on the edge of their seats, as the series introduced multiple cliffhangers that should be solved in the next installment.

While Miguel’s fate after his downfall was the main concern leading up to season 3, people have had their minds set on taking Johnny’s phone in the sand as he revealed that Ali Mills was trying to reach him on Facebook.

For their part, fans of the series have been waiting for Ali (Elisabeth Shue) to return, and that ending made it look like he would finally return to the Valley in season three, but now that Netflix has released season three, we have the answer.

Likewise, it is already confirmed that Ali will definitely return to the world of Karate Kid in season 3 of Cobra Kai, and the original actress will step in to reprise the role.

Unfortunately for fans who have been waiting for Ali’s return for some time, he won’t actually appear on the show until the last few episodes of the season.

On the other hand, there is a whole story in this season of Cobra Kai that makes fun of Ali’s appearance, in which Johnny tries to learn social media to impress his high school girlfriend where messages are sent back and forth by which makes us think that she will appear at some point.

Preparing for Ali’s arrival actually makes her Cobra Kai debut a bit of a surprise. You start to think that she won’t appear until the end of the season, but the eighth episode of season 3 begins with Ali returning to her mother’s house for the holidays, revealing that she is back in the Valley.

The next three episodes see Ali and Johnny reunite and talk about the relationship they had in high school. In turn, Ali is not the only character in the Karate Kid franchise to return in season 3, but she was the only one who was kept a secret.

Kim Kardashian spoke about the role that Kylie Jenner played in...