Home Entertainment A Long Look at the Cancelled Half-Life Game 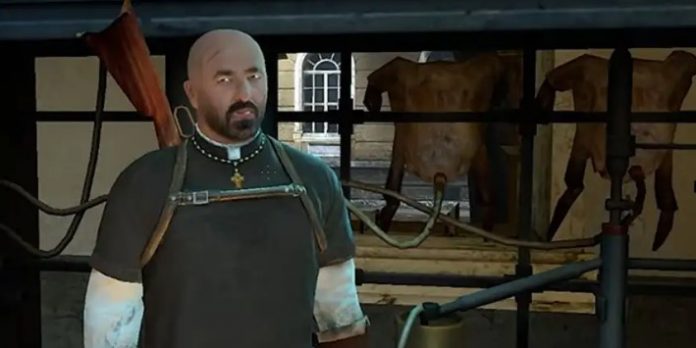 From 2005 to 2008, the French studio Arkane, which we now know as the creators of Dishonored and Deathloop, worked on the game Half-Life. We knew about it and even saw the game before, but today we saw it very well.

Back in 2020, an episode from the history of Arkane was shown in the documentary series Noclip, in which some footage of what was known as Ravenholm inside Arkane was shown. The Half-Life spin-off, like everything else related to Half-Life for most of 15 years, was eventually canceled and never saw the light. Now, two more years later, they show off a lot of game footage.

The action takes place in … Ravenholm, a dark, almost horror game, briefly shown in Half-Life 2, in which a mad priest of this region, armed with weapons, Father Gregory, plays a big role. This would allow us to fully explore the area, see new sights, meet new people, use new weapons and face a different set of enemies, with many of the inhabitants of Ravenholm being zombie people rather than armed Alliance soldiers.

As Danny O’Dwyer of Noclip explains in a video that lasts over an hour, this is not a finished game and has never been finished. Nothing you see here is even remotely like what we could or would enjoy if it ever saw the light of day. Animations are unfinished, voice acting is empty, textures and models are still in the works. One of the new weapons is so crude that you can draw it by hand with a note pasted on it “THE GUN GOES HERE”.

That’s great! I fucking love watching games in this state. Video games are too secret a business, and we rarely see such things in development. We have to savor it whenever we have a chance. And even with all the rough edges, it’s nice to see Arkane’s signature techniques, such as slapping guys on objects (something we enjoyed up until Deathloop).

You can see the full video below, which goes through a number of stages and levels in the game, each of which is broken down by a small explanation from O’Dwyer, which gives some context and information about what you have just seen or are about to see. see.