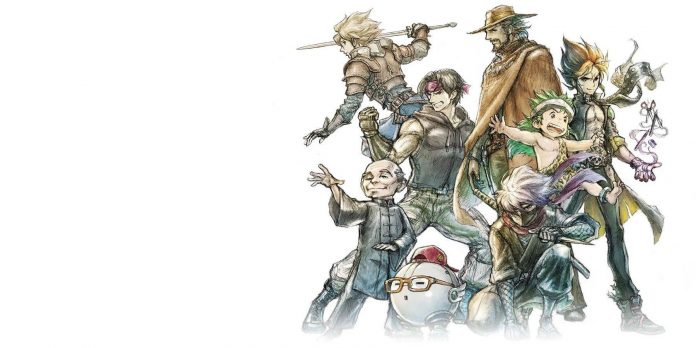 One of the most unexpected video game releases of 2022 was a remake of the Japan-exclusive Super Nintendo Live A Live role-playing game from Square Enix. The remake of Live A Live, released for Nintendo Switch in July, uses an HD-2D presentation, made popular by Octopath Traveler, to recreate the cult classic from scratch, with reworked music and for the first time ever voice acting. In a recently published interview with the director of the original game, Takashi Tokita, he says that the reason for creating the remake is due to the fact that Nintendo turned to Square Enix for a port for the virtual console of the original Live A Live.

Speaking in an interview on Square Enix’s Japanese YouTube channel (translated by ResetEra user Jubern), Tokita said that the idea to remake Live A Live first arose from Nintendo with a request to re-release the game on the Wii U virtual console for its 20th anniversary. anniversary, which was later released on June 17, 2015. According to Tokita, the remake would never have taken place if Nintendo hadn’t unearthed the name from Square Enix by requesting a virtual console port. According to Tokita, Nintendo has many fans of the original game Live A Live, which may explain why the company decided to publish a remake outside Japan.

The interview with Tokita contains many other interesting facts about Live A Live and the remake development processes, especially since Tokita was also the producer and screenwriter of the remake. He claims that the basic structure of the game is inspired by Dragon Quest 4 and that the original Dragon Quest game inspired him to become a game developer. After developing Live A Live, Tokita became co-director of Chrono Trigger and Parasite Eve.

Live A Live was originally released by Square for the Super Famicom in 1994 and tells the story of seven different main characters in different time periods, such as the Wild West, Imperial China and the distant Future. The game uses a mosaic turn-based strategic style of combat, and each main character has a different set of skills based on their respective fighting styles. The game had an incredible impact when it was first released and launched the career of composer Yoko Shimomura, who later went on to compose for games such as Final Fantasy 15, Kingdom Hearts and Street Fighter 2.

Originally, Live A Live was planned to be released outside Japan with the translation of Final Fantasy 6 translator Ted Woolsey, however, he later stated in an interview that Square canceled this localization due to the low graphic quality of the game compared to the Final Fantasy series. This forces Nintendo Switch to release the first official English version of Live A Live.

Live A Live is already available exclusively for the Nintendo Switch.

Elon Musk speaks harshly about the power rings of the “Lord...

Genshin Impact Player Points Out a Problem With Elan Cubes