Home Entertainment A Journalist From Boston Describes “4 Scenarios” For FSG and The Possible... 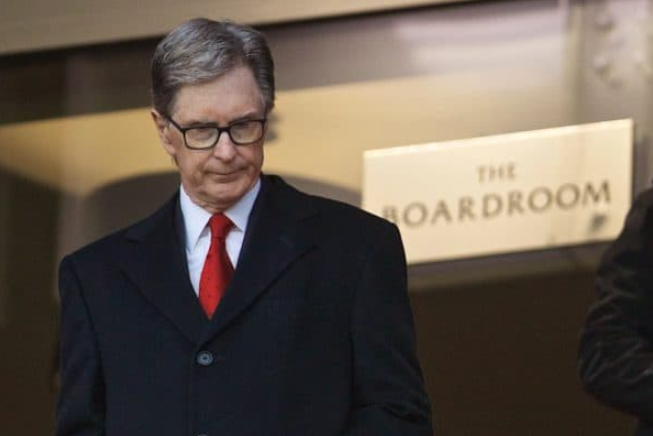 After Fenway Sports Group confirmed that they are exploring a possible sale of Liverpool FC, a leading journalist of the newspaper owned by John Henry outlined four possible scenarios.

On Thursday, the Boston Globe published quotes from FSG partner Sam Kennedy, who said the club was showing “great interest.”

A day later, FSG founder Tom Werner said Liverpool’s owners were indeed “exploring the possibility of a sale,” but said there was “no timeline” and “no urgency.”

Now Michael Silverman, the Globe journalist who published these comments, has explained how, in his opinion, there are four possible scenarios for FSG and the potential sale of Liverpool.

He also believes that a sale or investment is clearly not imminent, but believes there is a reason why FSG has decided to explore its options now.

“I believe there are four scenarios,” Silverman told BBC Radio Merseyside on Friday.

“Firstly, someone just buys the whole club, and secondly, someone buys a minority stake now and over the years, which becomes majority.

“Or they just get new partners who invest in the club, and Fenway Sports Group retains a controlling stake. Or they just don’t sell at all.

“There may be a fifth scenario, and I’m not quite sure what it will be, but from everything I’ve heard and what other media representatives have reported, everything is on the table.

“Yes, it is very strong in the first days, it does not feel at all that something is inevitable or about to happen.

“Of everything that’s been out there, they’re at an early stage of research, and they want to explore every option, see what’s out there, so that’s where we are at the moment.”

When asked why FSG might seek to sell, Silverman referred to the fiasco of the European Super League and FSG’s attempts to “compete” for the way European football works.

He also added that financial Fair Play is a “big problem” for Liverpool’s owners, as Jurgen Klopp recently admitted that the club cannot compete with the financial support of clubs such as Man City and Newcastle.

“They are still trying to figure out how the Premier League and European football differ from North American sports,” Silverman continued.

“Not only because of the threat of departure, but also not because of guaranteed income every year. You have to qualify for the Champions League.

“European fans don’t think they need to be handed something. You have to earn it. I think that’s something they learned the hard way, at least Liverpool.

“I think the financial ‘fair play’ is of great concern to them as more nation states are becoming teams in the Premier League, and I think you will see increasing activity from US-owned teams in an attempt to compete.”

Below the Deck: Fans’ favorite Deckhands of all time