Home Tech A huge partnership between Meta and Microsoft! 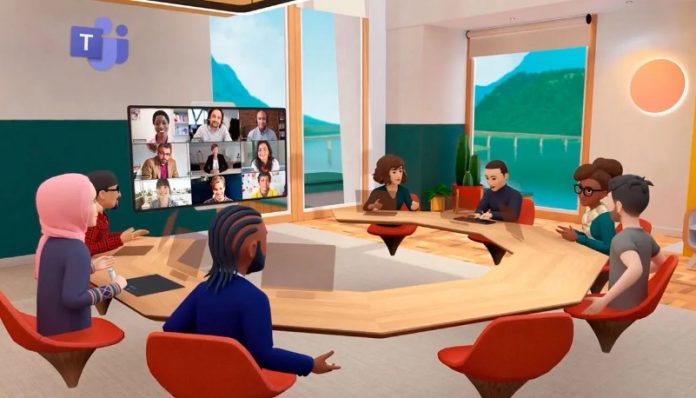 Instagram Facebook and Meta, the umbrella organization, unveiled its new technologies at its event today. The company, which wants to make important steps in Metaverse, continues to work on virtual and augmented reality. In line with this goal, the company that introduced the Meta Quest Pro mixed reality glasses also announced a partnership with Microsoft.

Meta and Microsoft meet in the Metaverse universe

Meta, which wants to prove that the Metaverse universe is not just a playground, is preparing to take important steps, especially in the business sector. Meta, which shows that users can play games as well as work in the metaverse universe, will use various Microsoft technologies.

A company that wants to highlight the metaverse universe, especially in virtual meetings, will use the Microsoft Teams application. The conference application, which is often used today, will be moved to the metaverse universe thanks to the partnership of Meta and Microsoft. Thus, users will be able to participate and interact in conference rooms with their avatars in the Meta’s Horizon Workrooms system.

Meta is also taking important steps by allowing users to use Quest Pro from different devices and access the metaverse universe. Again, thanks to the partnership with Microsoft, Meta seems to solve this problem as well. The goal is for the systems to work in harmony with the Azure Active Directory and Microsoft Intune systems.

Meta, which does not limit its partnership with Microsoft to the business sector, will also be able to access Microsoft-owned Xbox games. With Game Pass, games like Minecraft and Flight Simulator can be played through Meta Quest Pro.

The metaverse seems to be taking up more space in our lives in the near future. The partnership between Meta and Microsoft is proof of that. So, what do you think about the Meta-Microsoft partnership? You can share your opinion with us in the comments section.

Resident Evil 3 Remake’s Demo Can Be Released This Week

Acer Aspire 5: Work, Study and Play in One Notebook